Familypedia
Register
Don't have an account?
Sign In
Advertisement
in: Spencer (surname), Born in 1892, Died in 1975,
and 10 more

Albert Edward John Spencer, 7th Earl Spencer (23 May 1892 – 9 June 1975), known formally as The Hon Albert Spencer until 1910 and from then until 1922 as Viscount Althorp, and less formally as "Jack" Spencer, was a British peer. He was the paternal grandfather of Diana, Princess of Wales.

After his education at Harrow School and Trinity College, Cambridge[3], Spencer served in the First World War as a Captain in the First Life Guards[4], and was active in the local politics of Northamptonshire as a Conservative councillor. He opened his ancestral home, Althorp, to the public and was a well-known art connoisseur, being a trustee of the Wallace Collection and chairman of the Royal School of Needlework.[5] He was a Fellow of both the Society of Antiquaries of London and the Royal Society of Arts, and for eight years in the 1960s he was Chair of the Advisory Council of the Victoria and Albert Museum. Spencer was active in the Territorial Army for 43 years from 1924.[3] He was Lord Lieutenant of Northamptonshire from 1952 to 1967, and Chairman of the Governors at Wellingborough School from 1946 to 1972..

He died at St Matthews Nursing Home, Northampton after a short illness[6], and was succeeded as Earl by his son, John Spencer, 8th Earl Spencer, the father of Diana, Princess of Wales. 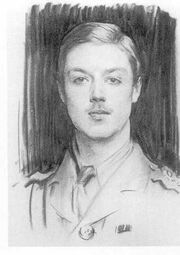