Familypedia
Register
Don't have an account?
Sign In
Advertisement
in: Davila (surname), Born in 1862, Died in 1929,
and 11 more

The son of Carol Davila, a distinguished military physician of French origin, and Ana Racoviță, he studied in his native Golești and then from 1873 to 1875 he attended the junior high school classes at the "V. A. Urechia Institute", a private school in in Bucharest run by V. A. Urechia. He then went to Paris where, from 1876 to 1880 he studied at the Lycée Louis-le-Grand where he passed his baccalauréat. He never attended any university.

In 1882, Alexandru Davila was appointed attaché at the Romanian legations in Italy and, in 1884, Belgium. Later in the same year, upon his father's death, he returned to his country to serve as police inspector and then as head of the administration in Tulcea County.

He took up writing and theater management in the closing years of the 19th century. In 1902, he completed his major work, a drama entitled Vlaicu Vodă (based on the life of a 14th century Wallachian Prince), one of the first important pieces of its kind in Romanian literature. Between 1905 and 1908, he was the head of the National Theatre Bucharest.

In 1915, a mysterious attempt to have him killed resulted in paralysis — Davila was bedridden for the rest of his life, as a sanatorium patient.

An intimate friend of the royal family under Carol I, he left behind his Din torsul zilelor, a memoir of life at the turn of the century (alongside his portrait of Carol, the book is remembered for those of figures such as Take Ionescu, Alexandru Dimitrie Xenopol, and Vasile Morţun). 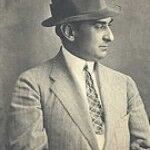