She most likely is "Amy Oldrin Kershaw".

She was most likely born in the area of Glen Cove, New York in 1847.

They had as their daughter, Carrie Oldrin Rappleyea (1867). Carrie was born on July 16, 1867 in Manhattan. The family lived in Greenwich Township, Warren County, New Jersey during the 1880 United States Census. She married Louis J. Gallaudet.

She was living with her husband and daughter in Bridgewater, Somerset County, New Jersey during the 1870 US census.

She was living in Greenwich, Warren County, New Jersey, during the 1880 US census.

She lived in Elizabeth, New Jersey from as early as 1895-1896 till about 1925 according to the Elizabeth city directory. 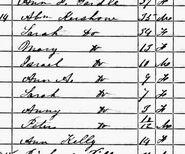 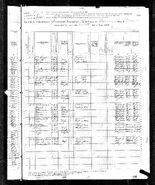 1930 US census
Community content is available under CC-BY-SA unless otherwise noted.
Advertisement