Familypedia
Register
Don't have an account?
Sign In
Advertisement
in: Voight (surname), Born in 1975, People on Wikipedia,
and 43 more

Jolie is a very well known film actress (career starting in 1982) and film director (since 2011), as well as a supporter of humanitarian causes, having once been named as a UNHCR Goodwill Ambassador.

Her brother is actor and producer James Haven.

She has been married thrice, has adopted three orphans from overseas, and has had three children with her recent husband, Brad Pitt.

See also her ancestry subpage, derived largely from one or both of the above-mentioned tables. 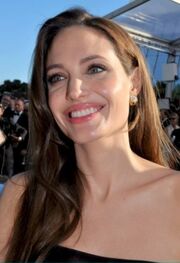