The Battle of Albești (also known as the Battle of Segesvár or Battle of Schäßburg) was a battle in the Hungarian Revolution of 1848 which was fought on 31 July 1849 in the village of Albeşti, Mureş Hungarian: Fehéregyháza, Ferihaz German: Weißkirch bei Schäßburg), Transylvania. at the outskirts of the city of Sighişoara (Hungarian: Segesvár German: Schäßburg. The battle was fought between the Hungarian revolutionary army supplemented by Polish volunteers under the command of General Józef Bem and the Russian V Corps under General Alexander von Lüders in ally with the Austrian army led by General Eduard Clam-Gallas. The battle was won by the Russian-Austrian army and it is presumed that the Hungarian poet and national hero Sándor Petőfi died in the battlefield, though his body was never found.

Bem had returned to Transylvania after a sally to Moldavia against Russian forces under the command of General Ustrugov. He prepared an offensive against the Russian army group under General Grotenhjelm. He had to cancel this offensive because he got information that the Lüders, having captured the Vöröstorony pass (now Turnu Roşu Pass, Romania) and the city of Nagyszeben (now Sibiu, Romania), was advancing towards him. Bem knew that a battle against Lüders would be decisive for the campaign in Transylvania so he decided to concentrate his forces. He sent orders to Colonel Kemény, commander of the Kolozsvár (now Cluj-Napoca) Division, that it was to go to Segesvár (now Sighisoara, Romania) and support the main Hungarian forces in the fight against the Russian V corps.

The remnants of four Nagyszeben divisions and parts of the Brassó (now Brasov, Romania) and Háromszék (now Trei Scaune, Romania) divisions were to concentrate in Székelykeresztúr (now Cristuru Secuiesc, Romania), which Bem occupied. Colonel Dobay's group had to move from Felsőrákos (now Racosul de Sus, Romania) across Kőhalom (now Rupea, Romania) to Székelykeresztúr in order to support the army group. All of these forces under Bem's command added about 10 to 12,000 infantry and cavalry soldiers and more than 30 cannon. However, in the event Bem only had 6,000 soldiers and 12 cannon on the field.

The right wing of the Hungarian army consisted of a battalion of infantry with two supporting cannons placed near the road from Udvarhely (now part of Harghita, Romania) to Fehéregyháza (now Albesti, in Romania). The Hungarian center included 8 cannons along with cavalry and 4 infantry formations. Two infantry battalions were positioned on the left wing, above the adduction of a stream crossing the road from Segesvár to Fehéregyháza. Reserves were placed about 1,000 metres (3,300 ft) from the front.

Lüders had under his command about 12,000 soldiers and 30 cannon. He was worried that an attack by the Hungarian reinforcements would come from a side road to Marosvásárhely (now Târgu Mureş, in Romania), so he defended it with three rifle regiments from Zamość, 16 cannon, 5 sapper battalions, 4 squadrons from Prince de Nassau ulan regiment, one division of horse and a Cossack squadron. He placed a rifle infantry regiment from Lublin on the route to Udvarhely, with 5 rifle battalions, 12 cannon, another 4 squadrons of cavalry and 3 squadrons of Cossacks, placing General Engelhardt in command of the group. He positioned a Cossack reconnaissance squadron on the route to Fogaras (now Făgăraş, Romania). The artillery battalion was placed on the route to Medgyes (now Mediaş, Romania).

In addition to these forces, Lüders had the support of Austrian allies under General Clam-Gallas. His group, consisting of six infantry battalion, some Cossacks units, and 6 or 8 cannon, was ordered to join forces with V Corps. After getting intelligence at 8 am that Hungarian forces had been seen from the road to Udvarhely, the commander of V Corps ordered his chief of staff (General Skariatin) to prepare to fight the column of General Essaułov. Skariatin moved his column to the ford across the Segesvár – Fehéregyháza road. He placed 6 cannon, defended by an infantry battalion, on the right side of road. Two more cannon were positioned on the road along with the second battalion. A third battalion established position to the right of the road at the edge of a forest covering Mount Waldenberg. Parts of the fifth battalion were stationed on the peak of that mountain. A left wing, slightly behind the center, was composed of cavalry, cossacks, and a few cannons. Lüders kept 2 infantry battalions and some artillery in reserve.

After observing the Hungarians establish their positions, Lüders was certain that the main attack would come from Marosvásárhely.

After 10 a.m. Bem began strong artillery fire on the main group of the Russian army and began to advance his left wing. During the fighting, a bullet mortally wounded Skariatin. Command passed to General Iwin. The fighting was fierce for about three hours. At about 2 p.m., Russian resistance on the right wing began to weaken. Iwin sent two companies of the first battalion to reinforce their position. The commander of V Corps ordered the reserve artillery and cavalry to attack the Hungarian right wing, on the other side of the field. Lüders, after getting information that Hungarian reinforcements from Marosvásárhely had not appeared, sent formations to secure that road. After the arrival of the artillery battery and some cavalry units, General Iwin's cavalry begin to encircle the Hungarian right wing. After breaking the Hussars, the Russian cavalry moved around the rear of the Hungarians. The Hungarians begin to retreat to Fehéregyháza as their front collapsed, with the Russians in pursuit. Meanwhile, the column of Colonel Dobanay was defeated by General Clam-Gallas's troops.

The Hungarian army took lost about 1,200 men dead, 500 captured, and 8 cannon. Losses to the Russians are not known. Sándor Petőfi, the Hungarian revolutionary and poet, disappeared in the battle, and is supposed to have died in it.

Hungarian forces withdrew to Marosvásárhely (now Târgu Mureş) where they joined the "Kolozsvár" division, after which they continued to Nagyszeben (now Sibiu). There, Bem won his last victory against Russian General Hasford's group. 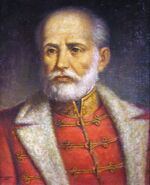 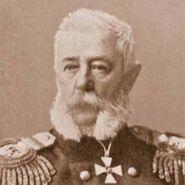 Statue of Sándor Petőfi in Fehéregyháza