Familypedia
Register
Don't have an account?
Sign In
Advertisement
in: Bradlee (surname), Born in 1921, Died in 2014,
and 28 more

Edit with form
watch 01:36
We're Getting Mutants in the MCU - The Loop
Do you like this video?
Play Sound
Main
tree
descendants
ancestors

From England to Connecticut

From England to New Hampshire

From Ireland to New Hampshire

From Scotland to Maine

From England to Massachusetts

Benjamin Crowninshield Bradlee is a descendant of Edward III of England and Robert III of Scotland as well as Henry Adams who is the immigrant ancestor of President John Adams.

Benjamin Crowninshield Bradlee (born August 26, 1921) was Vice President at-large of the Washington Post, and was the former Editor in-chief of the Washington Post during the Watergate scandal and served from 1968 to 1991. Bradlee went to court to challenge the federal government saying that it was not against the law to print the truth; meaning the publications of Bob Woodward and Carl Bernstein. Bradlee graduated Harvard a year early in 1942 so that he could go to war, because they all knew that it was going to come to them. He graduated college, got married and took his naval exams all on the same day. His first wife was Jean Saltonstall of the Boston Brahmin Satonstall family; after he got married he immediately shipped out and didn't see his wife again for two years.

Bradlee's parents, Frederick Josiah Bradlee, Jr. and Chevalier Josephine de Gersdorff, always knew where he was because they had a friend in the Navy who was an admiral, and he was on a total of nine different destroyers during the war. 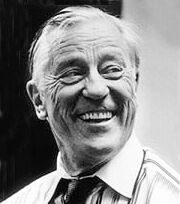