Familypedia
Register
Don't have an account?
Sign In
Advertisement
in: Counties of Colorado, Boulder County, Colorado, Established in 1861, Metropolitan areas of Colorado

Boulder County is the sixth most populous of the 64 counties of the state of Colorado of the United States. The county seat is Boulder. The most populous municipality in the county and the county seat is the City of Boulder. Boulder County is coextensive with the Boulder Metropolitan Statistical Area, an Office of Management and Budget-designated metropolitan statistical area also used for statistical purposes by the Census Bureau. The 2020 census was 330,758.

Boulder County was one of the original 17 counties created by the Territory of Colorado on November 1, 1861. The county was named for Boulder City and Boulder Creek, so named because of the abundance of boulders in the area. Boulder County retains essentially the same borders as in 1861, although a 27.5 square miles (71.2 km2)of its southeastern corner and its approximate population of 40,000 became part of the City and County of Broomfield in 2001.

Boulder County went Republican in all but three presidential elections from 1920 to 1984, the exceptions being the national Democratic landslides of 1932, 1936 and 1964. However, it has swung heavily to the Democrats since the late 1980s, and has supported Democrats at every election since 1988. Since the 1990s, it has become one of the most liberal counties in Colorado; in most years, it is the second-strongest Democratic bastion in the state, behind only the City and County of Denver. The GOP has not crossed the 40% mark in the county since 1988. This tracks closely with the Democratic trend in other counties dominated by college towns.

In 2000, Green Party presidential candidate Ralph Nader took 11.82% of the vote in Boulder County, more than twice the 5.25% he took statewide in Colorado, and more than four times his 2.73% nationwide vote share.[5] 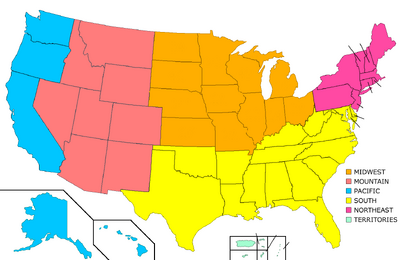