Familypedia
Register
Don't have an account?
Sign In
Advertisement
in: Tice (surname), Born in 1971, Born in Allegan County, Michigan,
and 3 more

Brian Tice, a native of Allegan, MI, is a playwright, songwriter, musician, poet, and minister of the Gospel. 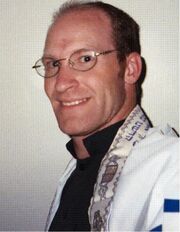