Familypedia
Register
Don't have an account?
Sign In
Advertisement
in: Pages needing enhanced family history perspective, Cities and towns in Maharashtra, Districts of Maharashtra,
and 4 more

This article is about the district. For its eponymous headquarters, see Buldhana.

Buldhana district (Marathi: बुलढाणा जिल्हा) is a district in the Amravati division of Maharashtra state in western India. It is situated at the westernmost border of Vidarbha region of Maharashtra and is 500 km from the state capital, Mumbai. It is bounded by Madhya Pradesh on the north, Akola, Washim, and Amravati districts on the east, Jalna district on the south, and Jalgaon and Aurangabad districts on the west.

The name of the district is derived probably from Bhil Thana (place of Bhils, a tribal group).[2]

Buldhana, along with the rest of Berar Province, was part of the kingdom of Vidarbha mentioned in the Mahabharata, a Sanskrit epic poem. Berar formed part of the Mauryan Empire during the reign of Asoka (272–231 BCE). Berar came under the rule of the Satavahana dynasty (2nd century BCE–2nd century CE), the Vakataka dynasty (3rd to 6th centuries), the Chalukya dynasty (6th to 8th centuries), the Rashtrakuta dynasty (8th to 10th centuries), the Chalukyas again (10th to 12th centuries), and finally the Yadava dynasty of Devagiri (late 12th to early 14th centuries). A period of Muslim rule began when Ala ud din Khilji, Sultan of Delhi, conquered the region in the early 14th century. The region was part of the Bahmani Sultanate, which broke away from the Delhi Sultanate in the mid-14th century. The Bahmani Sultanate broke up into smaller sultanates at the end of the 15th century, and in 1572 Berar became part of the Nizam Shahi sultanate, based at Ahmednagar. The Nizam Shahis ceded Berar to the Mughal Empire in 1595. As Mughal rule started to unravel at the start of the 18th century, Asaf Jah I, Nizam of Hyderabad, seized the southern provinces of the empire (including Berar) in 1724, forming an independent state.

In 1853, the district, together with the rest of Berar, came under the administration of the British East India Company. Berar was divided into East and West Berar with Buldhana district being included in West Berar. In 1903, Berar was leased by the Nizam of Hyderabad to the British Government of India.

Apart from the commonly used Marathi language, language used in the district includes Andh, an Indo-Aryan language spoken by 100 000 people.[7]

Lonar crater lake is located in Buldhana district. It is the second largest impact crater in basaltic rock in the world. It was formed 60,000 years ago by a meteor impact. The crater is The pH of the water is about 11 (extremely alkaline). Lonar Crater has very different flora and fauna in its vicinity.

The Dnyanganga Sanctuary is situated in the district. There is good forest area in the sanctuary.

The climate is tropical and people mostly wear cotton clothes.

It is bounded by Madhya Pradesh on the north, Akola, Washim, and Amravati districts on the east, Jalna district on the south, and Jalgaon and Aurangabad districts on the west. The district boundary latitudes are 19.51° to 21.17° N and longitudes are 75.57° to 76.59° E.

The district boundary has been changed many times. In 1480, as part of Berar taraf (province) of Bahamani Sultanate, Chikhli and Mehkar were part of Mahur division and Malkapur, Jalgaon, and Khamgaon were part of Gawil. During Akbar's time (1542–1605), it was part of the Sarkars (administrative unit) of Narnala, Baitalwadi, and Mehkar. In 1634 the area became known as Payanghat Subah (Lowlands Province) while Chikli and Mehkar were part of Balaghat Subah (Highlands Province), but by 1636 Berar became part of a large province called Deccan. Around that time, Malkapur, Jalgaon, Badner Bholji Pimpalgaon Raja, Jepur and Rajur were important parganas (administrative units of the Delhi Sultanate.[8]

Here are some of the rivers in Buldhana, with their tributaries.

Cotton, sorghum and other cereals, oil seeds, soybean, sunflower, and groundnuts are the predominant crops grown in the district.

Khamgaon and Malkapur are the major cotton trading towns in the district. The district has many minor and medium size irrigation projects. The important ones are Nalganga and Vaan. There are thirteen Agriculture Produce Market Committees-Main Market, one in each tehsil, and there are twenty sub-markets in the districts.[11]

The Indian Council for Agriculture research funded a farm science centre Krishi Vigyan Kendra, Jalgaon Jamod in the district in 1994.[12]

The district contributes one seat to the Lok Sabha (Lower House), namely Buldhana (Lok Sabha constituency). Prataprao Ganpatrao Jadhav of Shiv Sena is the current Member of Parliament from Buldhana.

One Deputy Regional Transport Office is located in Buldhana district at District Headquarters. It enforces the Motor Vehicle Act and issues vehicle registration numbers in the district with the code MH-28.

There is no electrical generating station in the district, but there is a good electricity transmission and distribution network.

The distribution comes under Amravati Zone and Buldhana Circle with Buldhana, Khamgaon, and Malkapur Divisions. Each subdivision caters to more nearby talukas and has 33KV distribution substations under them.[17]

Motor bus, jeep, two-wheeler and railway are the popular modes of transport.

There are many Maharashtra State Road Transport Corporation bus stands in all towns of the district. There are State Transport bus depots at Buldhana, Malkapur, Chikhali, Mehkar, Khamgaon, Shegaon and Jalgaon-Jamod.

Electrified double-line broad-gauge railway passes through Malkapur, Nandura, and Shegaon Tehsils. It is under the Bhusawal-Badnera Section of Bhusawal Division of the Central Railway. This main line was originally under the Great Indian Peninsula Railway and the branch line between Jalamb and Khamgaon was under the Khamgaon State Railway.

National Highway 6 - NH6 passes through Khamgaon, Nandura, and Malkapur towns in the district.

The following state highways connect various talukas and towns in the district. Vehicles from Nagpur, Amravati and Akola pass through Khamgaon–Chikhali–Deulgaonraja while going towards Jalna–Aurangabad and Pune.

The important roads in the district are:

The nearest airport is at Aurangabad which is 150 km from district headquarters.

There is a fair called Chaitra Masa Suklapaksha Navami at Shegaon on Rama Navami in Chaitra (March or April) each year.

Residents of Buldhana are bilingual in Korku language, Hindi or Marathi language. Nihali language, a language isolate of India, is spoken by some 2,000 people (1991) in the Buldana district of Maharashtra.

Youth Hostel Buldhana is one of two youth hostels in Maharashtra and is located near Zilla Crida Sankulan with a 50-bed dormitory and five double rooms.

The district has many schools offering primary and secondary education. The schools follow mostly the SSC pattern of Maharashtra State. The colleges are affiliated to Amravati University, Amravati. Some of the colleges and schools in the district are as follows: 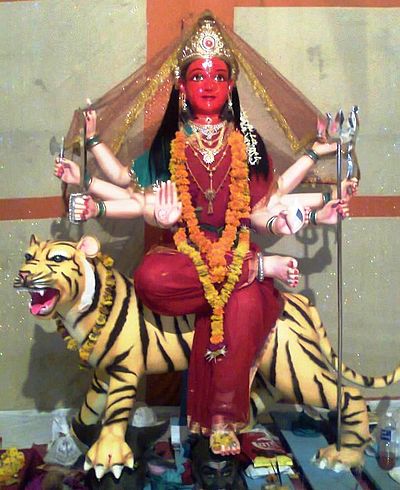