Edit
watch 01:40
The Sandman Will Keep You Awake - The Loop
Do you like this video?
Play Sound
“Cape Girardeau” redirects here. For other uses, see Cape Girardeau (disambiguation).

listen); colloquially referred to as "Cape") is a city located in Cape Girardeau County, Missouri in the United States. It is located approximately 115 miles (185 km) southeast of St. Louis and 175 miles (282 km) north of Memphis. As of the 2010 census, the city's population was 37,941 making it the 16th largest city in Missouri,[6] and the largest city in southeast Missouri. A college town, it is the home of Southeast Missouri State University.

The city is named after Jean Baptiste de Girardot, who established a temporary trading post in the area around 1733. He was a French soldier stationed at Kaskaskia, Illinois between 1704-1720. The 'Cape' in the city name was a rock promontory overlooking the Mississippi River, later destroyed by railroad construction.[7] As early as 1765, a bend in the Mississippi River about 60 miles (97 km) south of the French village of Ste. Genevieve had been referred to as Cape Girardot or Girardeau. The settlement there dates from 1793 when the Spanish government, which had secured Louisiana in 1764, granted Louis Lorimier, a French-Canadian, the right to establish a trading post, which gave him trading privileges and a large tract of land surrounding his post. Lorimier was made commandant of the district and prospered from the returns on his land sales and trade with indigenous peoples such as the Ozark Bluff Dwellers and the Mississippian. Also in 1793, Baron Carondelet granted the Black Bob Band of Hathawekela Shawnee land near Cape Girardeau. The Band became known as the Cape Girardeau Shawnee, and successfully resisted moving to Indian Territory with the rest of the Shawnee tribe until 1833.[8][9][10]

The town of Cape Girardeau was incorporated in 1808, prior to Missouri statehood, and was reincorporated as a city in 1843. The advent of the steamboat in 1835 led it to become the biggest port on the Mississippi River between St. Louis and Memphis. It was established on January 4, 1793. The Civil War Battle of Cape Girardeau took place April 26, 1863. The Union and Confederate armies collided in a fierce, four-hour artillery barrage on this day in which 23 Union and 30 Confederate soldiers were killed.

The Old Federal Courthouse, located at Broadway and Fountain Streets and built in the late 1940s, was the subject of a U.S. Supreme Court case, United States v. Carmack, 329 U.S. 230 (1946), in which the Court upheld the federal government's authority under the Condemnation Act of 1888 to seize land owned by a state or locality.[11] In December 2003, a new four-lane cable-stay bridge crossing the Mississippi River at Cape Girardeau was opened. Its official name is "The Bill Emerson Memorial Bridge.", honoring former U.S. Rep. Bill Emerson (R-Mo.) who led the fight in Congress to appropriate federal funding for the bridge's construction. The two towers of the bridge reach a height of approximately 91 meters. The "Old Bridge" was completed in September 1928 to replace a ferry and was only 20 feet (6.1 m) wide.[12] It was demolished after the completion of the Bill Emerson Bridge.

The City of Cape Girardeau was recognized in January 2008 by First Lady Laura Bush as a Preserve America Community.[13]

The city is known to some as "The City of Roses" because of a 9-mile (14 km) stretch of highway that was once lined with dozens of rose bushes. Although there used to be many prominent rose gardens around the community, few of these gardens exist today. The city is also known as Cape Girardeau: Where the River Turns a Thousand Tales, due to the history of the town, the Mississippi River.

Numerous murals commemorate the city's history. The largest and perhaps most dramatic is the Mississippi River Tales Mural, located on the city's downtown floodwall. Covering nearly 18,000 square feet (1,700 m2), it spans the length of the downtown shopping district and features 24 panels. Behind the floodwall lies the Riverfront Park of Cape Girardeau Missouri, where riverboats dock and visitors can view the lazy Mississippi River.

There are 39 historic sites in Cape Girardeau that are listed on the National Register of Historic Places. Of these, eight are historic districts, such as Cape Girardeau Commercial Historic District, which was listed in 2000 and includes multiple contributing properties. The growth of the town can be documented through Sanborn Maps, over 80 of which are available online.[14] Other landmarks include the Fort D Historic Site and the Confederate War Memorial. Among the city's older cemeteries are Apple Creek Cemetery,[15] Salem Cemetery.[16] and Old Lorimier Cemetery[17]

Out of the 15,205 households, 26.0% had children under the age of 18 living in them, 38.8% had married couples living together, 12.8% had a female householder with no husband present, 4.0% had a male householder with no wife present, and 44.3% were non-families. 33.6% of all households were made up of a single person and 11.4% had someone living alone who was 65 years of age or older. The average household consisted of 2.27 people and the average family consisted of 2.89 members.

According to the Cape Girardeau Chamber of Commerce, there are more than 100 employers in Cape Girardeau who employ at least 100 workers. St. Francis HealthCare System is the city's largest employer with 2,576 employees at St. Francis Medical Center and several clinics. Southeast Health, the city's other major health care provider, employs 2,200. Southeast Missouri State University employs 1,250 on its main campus in the city, and Cape Girardeau Public Schools employs 713.

The political scene in Cape Girardeau is largely conservative. The majority of local positions are held by Republicans. In the 2012 Presidential Election, 71.1% of voters voted for Republican nominee, Mitt Romney, while 27.2% voted Democratic and 1.7% voted Independent.

There are over 20 different schools in Cape Girardeau. These range from pre-K to higher education. Public and private and parochial school systems are present within the city.

In 2011, Cape Girardeau launched the Ride the City campaign. This dedicated 16 miles of bicycle lanes in city streets. There are lanes that are used only by bicycles and lanes where cars and bicycles can share space.

Buses are offered to the citizens by the Cape Transit Authority and have several stops throughout the city. A general admission is $2, senior citizens are $1, and children ages 6 and under are free. Special pick-ups can be made to those who are disabled and live within three-fourths of mile from a designated stop. Greyhound buses are also available for long distance transit. The Cape Girardeau County Transit Authority handles the city's taxi service. 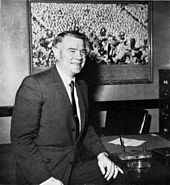 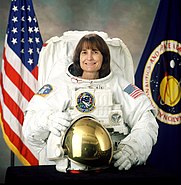