Familypedia
Register
Don't have an account?
Sign In
Advertisement
in: Stanhope (surname), Born in 1753, Died in 1816,
and 8 more

Charles Stanhope, 3rd Earl Stanhope aka Charles Mahon, 3rd Earl Stanhope FRS (3 August 1753 – 15 December 1816) was a British statesman and scientist. He was the father of the great traveller and Arabist Lady Hester Stanhope and brother-in-law of William Pitt the Younger. He is sometimes confused with an exact contemporary of his, Charles Stanhope, 3rd Earl of Harrington. His lean and awkward figure was extensively caricatured by James Sayers and James Gillray, reflecting his political opinions and his relationship with his children.

The son of the 2nd Earl Stanhope, he was educated at Eton and the University of Geneva. While in Geneva, he devoted himself to the study of mathematics under Georges-Louis Le Sage, and acquired from Switzerland an intense love of liberty.

In politics he was a democrat. As Lord Mahon he contested the Westminster without success in 1774, when only just of age; but from the general election of 1780 until his accession to the peerage on 7 March 1786 he represented through the influence of Lord Shelburne the Buckinghamshire borough of High Wycombe. During the sessions of 1783 and 1784 he supported William Pitt the Younger, whose sister, Lady Hester Pitt (1755-1780), he married on 19 December 1774. He was close enough to be singled out for ridicule in the Rolliad:

——This Quixote of the Nation
Beats his own Windmills in gesticulation;
To strike, not please, his utmost force he bends,
And all his sense is at his fingers' ends, &c. &c.

When Pitt strayed from the Liberal principles of his early days, his brother-in-law severed their political connection and opposed the arbitrary measures which the ministry favoured. Lord Stanhope's character was generous, and his conduct consistent; but his speeches were not influential.

He was the chairman of the "Revolution Society," founded in honour of the Glorious Revolution of 1688; the members of the society in 1790 expressed their sympathy with the aims of the French Revolution. In 1794 Stanhope supported Thomas Muir, one of the Edinburgh politicians who were transported to Botany Bay; and in 1795 he introduced into the Lords a motion deprecating any interference with the internal affairs of France. In all these points he was hopelessly beaten, and in the last of them he was in a "minority of one"—a sobriquet which stuck to him throughout life—whereupon he seceded from parliamentary life for five years.

Stanhope was an accomplished scientist. This started at the University of Geneva where he studied mathematics under Georges-Louis Le Sage. Electricity was another of the subjects which he studied, and the volume of Principles of Electricity which he issued in 1779 contained the rudiments of his theory on the "return stroke" resulting from the contact with the earth of the electric current of lightning, which were afterwards amplified in a contribution to the Philosophical Transactions for 1787. He was elected a fellow of the Royal Society so early as November 1772, and devoted a large part of his income to experiments in science and philosophy. He invented a method of securing buildings from fire (which, however, proved impracticable), the printing press and the lens which bear his name and a monochord for tuning musical instruments, suggested improvements in canal locks, made experiments in steam navigation in 1795–1797 and contrived two calculating machines.

When he acquired extensive property in Devon, Stanhope projected a canal through that county from the Bristol to the English Channel and took the levels himself.

His principal labours in literature consisted of a reply to Edmund Burke's Reflections on the French Revolution (1790) and an Essay on the rights of juries (1792), and he long meditated the compilation of a digest of the statutes.

By his first wife he had three daughters, one of whom was the great traveller and Arabist Lady Hester Stanhope. His youngest daughter, Lady Lucy Rachael Stanhope, eloped with Thomas Taylor of Sevenoaks, the family apothecary, and her father refused to be reconciled to her; but Pitt made Taylor Controller-general of the customs, and his son was one of Lord Chatham's executors. Stanhope’s first wife died in 1780.

In 1781 he married Louisa, daughter and sole heiress of the Hon. Henry Grenville (governor of Barbados in 1746 and ambassador to the Porte in 1762), a younger brother of the 1st Earl Temple and of George Grenville. She survived him and died in March 1829. His second wife was the mother of three sons.

Lord Stanhope died at the family seat of Chevening, and was succeeded as 4th Earl by his son Philip Henry Stanhope (1781–1855), who inherited many of his scientific tastes, but is best known, perhaps for his association with Kaspar Hauser. 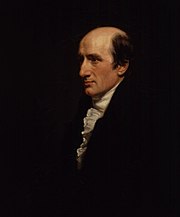