Familypedia
Register
Don't have an account?
Sign In
Advertisement
in: Stuart (surname), Born in 1660, Died in 1661,
and 8 more

He died before the patent for this title was passed and his younger brother, James was formally created Duke of Cambridge. 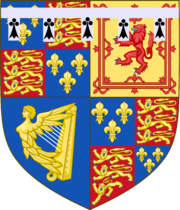