Counties are administered by county governors (Lithuanian: singular – apskrities viršininkas, plural – apskrities viršininkai) who are appointed by the central government in Vilnius. Their primary duty is to ensure that the municipalities obey the laws and the Constitution of Lithuania. They do not have great powers vested in them, and so it is suggested that 10 counties are too much for Lithuania as the two smallest counties administer only four municipalities. There is a proposal to replace the counties with four or five lands, a new administrative unit, that would be decided according to the ethnographic regions of Lithuania and based on the 5 major cities with the population more than 100,000. On 1 July 2010, the county administrations were abolished,[1] and since that date, counties remains as the territorial and statistical units.

Modern apskritys should not be confused with apskritys that existed in the independent Lithuania during the interwar period. At that time Lithuania had a two-step administrative division: apskritys that were subdivided into valsčius. Lithuania now has a three-step division: counties, municipalities, and elderates (apkritys, savivaldybės, and seniūnijos). See subdivisions of Lithuania for details. 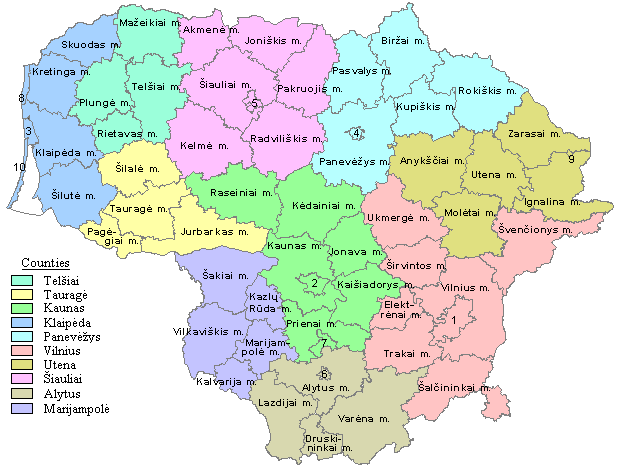