County Westmeath ( /wɛstˈmiːð/; Irish: Contae na hIarmhí) is a county in Ireland. It is part of the Midlands Region and the province of Leinster. It is named after the ancient Kingdom of Meath (Old Irish: Mide). Westmeath County Council is the local authority for the county. The population of the county is 86,164 according to the 2011 census.

Following the Norman invasion of Ireland, the territory of the Kingdom of Meath was subsumed into the Lordship of Meath and granted by King Henry II of England, in his capacity as Lord of Ireland, to Hugh de Lacy in 1172. Following the failure of male heirs, the Lordship was split between de Lacy's great-granddaughters. The western part was awarded to Margery and her husband, John de Verdun while the eastern part, centred on Trim, was awarded to Maud.

Westmeath is the 20th largest of Ireland's 32 counties by area and the 22nd largest in terms of population.[2] It is the sixth largest of Leinster’s 12 counties in size and eighth largest in terms of population. It was named after the historic kingdom and province of Meath, of which the county was the most western part. Westmeath was shired under The Counties of Meath and Westmeath Act of 1543. The Hill of Uisneach in the barony of Moycashel is sometimes regarded as the notional geographical centre of Ireland although the actual geographic centre of Ireland lies in neighbouring County Roscommon.

Westmeath's population growth has been stronger than the national average.[5] After the Great Famine, the population of Westmeath declined dramatically. It stabilized in the middle of the 20th century, and has continued to grow. Westmeath's proximity to Dublin with good motorway facilities and frequent rail service has made commuting popular.

The largest town in the county is Athlone which is the Capital of the Midlands Region, Ireland, Followed by the County town Mullingar. Westmeath is the largest county by population in the Irish Midlands and contains Athlone commercial centre of the Midlands. Important commercial and marketing centres include Moate, Kilbeggan, Kinnegad, Ballinahown, Delvin, Rochfortbridge, Killucan and Castlepollard. According to the 2011 census 51.9% of Westmeath households have at least one Irish speaker.[6]

Westmeath has a strong agricultural economy. Initially, development occurred around the major market centres of Mullingar, Moate, and Kinnegad. Athlone developed due to its military significance, and its strategic location on the main Dublin–Galway route across the River Shannon. Mullingar gained considerable advantage from the development of the Royal Canal. The canal facilitated cheap transport of produce to Dublin, Britain and Europe. Athlone and Mullingar expanded further with the coming of the Midland Great Western Railway network in the nineteenth century.

Tourism in Westmeath is generally based on its many water amenities. The county lakes include Lough Derravaragh, Lough Ennell, Lough Cassidy, Lough Lene, Lough Hogg, Lough Owel, Lough Coffey and Lough Ree. Both the Grand Canal, and the Royal Canal flow through Westmeath, and the River Shannon (Ireland's key tourism waterway) has a modern inland harbour in Athlone.

The development of industry in Westmeath was mainly based on food processing and consumer products. Whiskey is distilled in Kilbeggan and tobacco is processed in Mullingar. The county has an extensive beef and dairy trade. In recent times, the manufacturer Élan has located in Athlone. The eastern part of the county is home to commuters many of whom work at the technology parks on the western side of Dublin, such as Thornton and Peppard, and around County Carlow.

Mullingar is renowned for the high quality of its beef and veal. Weaned cattle from the west of the Shannon are fattened for market on the lush grasslands of Meath and Westmeath. The cattle are also used to maintain grassland to help sustain wildlife in the areas fringing the Bog of Allen.

Westmeath is home to many stud farms. The plains of Westmeath, covered in calcium-rich marl, contribute significantly to calcification of foal bones during their formative years. Westmeath mares are usually put into foal in spring to facilitate summer growth. Pregnancy lasts for approximately 335–340 days and usually results in one foal. Horses mature when they are around four years old.

Infrastructure is of good quality in the county. As part of the Transport 21 infrastructure programme undertaken by the government, both the N4 and N6 roads have been upgraded to motorway or dual carriageway standard. All towns that these roads passed through are now bypassed, such as Mullingar, Athlone, Moate and Kinnegad. Both Dublin and Galway are within commuting distance from Westmeath following the completion of the M6 motorway in December 2009. Westmeath also has good railway infrastructure with a number of trains passing through towns in the county. The Dublin to Galway/Westport/Ballina inter-city train service stops at Athlone train station, while the Dublin to Sligo service stops at Mullingar train station. Other major infrastructural projects and plans for the county include:

Westmeath is an active sporting county. Westmeath GAA won the Leinster Senior Football Championship, the Delaney Cup, in 2004.They also won the National football league competition Division 2 in 2001, 2003 and 2008. They won the Christy Ring Cup for hurling in 2005, 2007 and 2010.

Westmeath Ladies team received the prestigious title of "All Ireland Intermediate Champions of 2011". 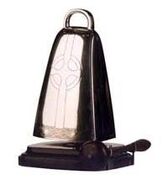