Familypedia
Register
Don't have an account?
Sign In
Advertisement
in: Hall (surname), Born in 1929, Died in 1985,
and 3 more

Accident report
15 May 1985: Pickup Crash Near Martin Claims One

MARTIN -- Donald R. Hall, 56, of Martin, was killed early this morning and Tim Kolhoff, 28, of Martin, was injured when their pickup truck left 12th Street west of here and crashed upside down into a swampy area. Allegan County sheriff's deputies said one of the men was driving the pickup south on 12th Street south of M-118 about 2 am when he lost control and the truck left the road. The truck rolled and came to rest on its top in two to three feet of water, the spokeswoman said. Because of the way the truck landed, deputies were not sure which man was driving. Deputies said the men apparently were trapped in the vehicle for some time before the mishap was discovered and Otsego rescue teams were contacted. A hydraulic tool was used to pry the men from the truck. Hall was pronounced dead at the scene, a sheriff's department spokeswoman said. Kolhoff was listed in good condition this afternoon at Borgess Medical Center.

Passed away suddenly May 15, 1985 in Watson Twp. Mr. Hall was born April 2, 1929 in Toledo, Ohio, the son of Donald and Egie Hall. He was a Veteran of the Korean War, was employed by Plainwell Paper Company, and was a member of the Otsego Moose Lodge No. 345. Surviving besides his mother are his wife, Viola; 5 children, Mrs. Melody Kolhoff of Martin, Mrs. Kim Town and Penny Hall both of Otsego, Karen Hall at home, and Donald Hall, Jr. of Wayland; 7 brothers and sisters, Mrs. Jane Butler of Ohio, Jim Hall of Shelbyville, Dale Hall of Martin, Austin Hall of Winnipeg, Canada, Mary Lou Hall of Allegan, Carl Hall of Otsego, and Rose Ann Hall of Plainwell; 5 grandchildren; many nieces and nephews. Friends may call at the chapel, where funeral services will be held Friday afternoon at 2 o'clock. Interment in Mountain Home Cemetery, Otsego. MARSHALL-GREN CHAPEL Plainwell 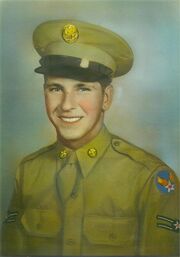