Familypedia
Register
Don't have an account?
Sign In
Advertisement
in: Einstein (surname), Born in 1910, Died in 1965,
and 6 more

Eduard Einstein (28 July 1910 – 25 October 1965) was born in Zürich, Switzerland, the second son of physicist Albert Einstein and his first wife Mileva Marić. Einstein and his family moved to Berlin in 1914, but shortly thereafter Marić returned to Zürich, taking Eduard and his brother with her.

Eduard was a good student and had musical talent. He started to study medicine to become a psychiatrist, but by the age of twenty he was afflicted with schizophrenia and institutionalized two years later for the first of several times. Many people believe he was overdosed with drugs and harmed by the many "cures" that were used at the time.[1] According to his brother Hans Albert Einstein, the thing that ruined him were the electric shock treatments.[2]

After his illness struck, Eduard told his father that he hated him. Einstein never saw his son again for the rest of his life.[3]

His mother cared for him until she died in 1948. From then on Eduard lived most of the time at the psychiatric clinic Burghölzli in Zürich, where he died of a stroke at age 55. He is buried at Hönggerberg-Cemetery in Zurich.[4] His family lineage has been used to raise public awareness of schizophrenia. 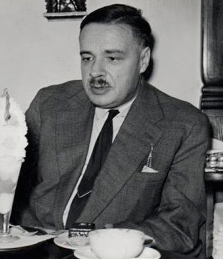