Familypedia
Register
Don't have an account?
Sign In
Advertisement
in: Russell (surname), Born in 1653, Died in 1727,
and 13 more

They had no children, so on his death all his peerages became extinct. 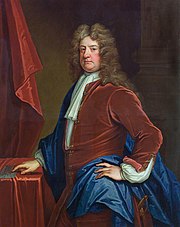