Familypedia
Register
Don't have an account?
Sign In
Advertisement
in: Plantagenet (surname), Born in 1330, Died in 1376,
and 12 more

Edward was created Duke of Cornwall in 1338, the first Duke in England. He was also known as Edward the Black Prince. 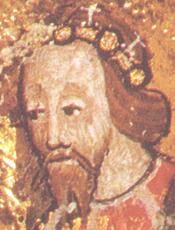