Ellis County (county code EL) is a county located in Northwest Kansas, in the Central United States. As of the 2010 census, the county population was 28,452.[1] Its county seat and most populous city is Hays.[2] The Hays Micropolitan Statistical Area includes all of Ellis County.

In 1942, the Walker Army Airfield was built northwest of Walker. Thousands were stationed at the airfield for training of the Boeing B-29 Superfortress during World War II. The airfield was abandoned and most of it razed.

Ellis County is an anomaly in western Kansas, having voted several times for Democratic presidential candidates, even when the vast majority of the state's 105 counties went for the Republican nominee. Ellis County bucked the national and statewide trend by voting for Michael Dukakis over winner George H.W. Bush in the 1988 presidential election, one of only two Kansas counties to go for Dukakis. Ellis County gave a plurality to Bill Clinton over Bush and Ross Perot in the 1992 presidential election, but has been in the Republican column in each of the past four elections, giving 66 percent to Republican John McCain to 32 percent for Democrat Barack Obama in the 2008 election, higher than the 57 percent McCain won statewide.[5]

Ellis County is divided into nine townships. The cities of Ellis and Hays are considered governmentally independent and are excluded from the census figures for the townships. In the following table, the population center is the largest city (or cities) included in that township's population total, if it is of a significant size.

Ellis County is the official German Capital of Kansas. German immigrants settled in Hays, Ellis, Victoria, and nearby villages in the 1870s and 1880s.[7] 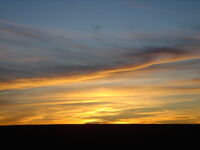 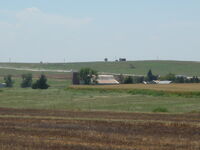 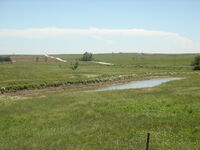 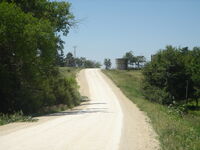 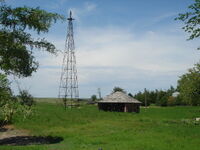 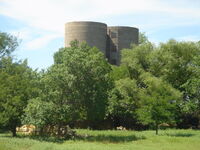 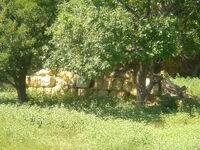 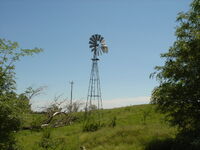