In 1900 18-year-old Elmer Doty was living with the family of Oliver O. Spotts in Garfield, Ida County, Iowa and working as a laborer. He probably had come to Ida County because his sister Olive was living there with her hisband Alfred Peffer. Peffer's mother, Mary J. Spotts, was probably related to the Oliver Spotts with whose family Elmer was living. Ten years later after his marriage and the birth of his first two children, Elmer was renting a farm in Burlington Township, Kane County, Illinois. Shortly thereafter, Elmer Doty purchased with his brother Sylvester a 200 acre farm in Dorr Township, McHenry County, Illinois. Around 1913 he sold his share of the farm to Sylvester. In 1920 he was a livestock dealer living with his family in Nunda Township, McHenry County, Illinois. The family was in Nunda Township for the 1930 census. He regularly attended the Burlington Picnic. In later life he resided in Fort Wayne, Indiana. 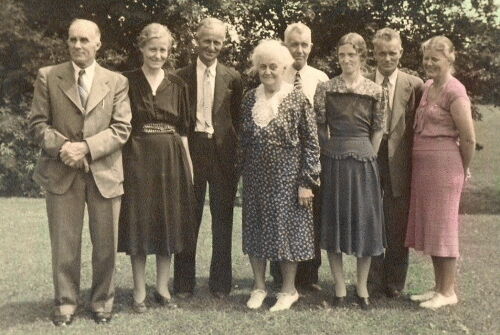 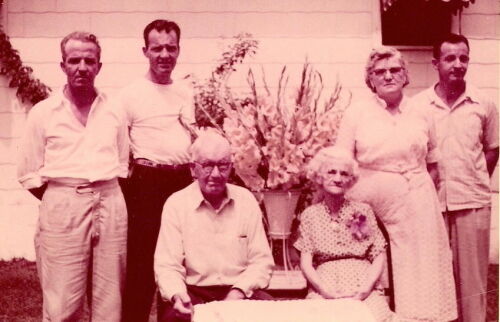