Familypedia
Register
Don't have an account?
Sign In
Advertisement
in: Jones (surname), Born in 1946, Living people,
and 2 more

Faith was born in 1946 in St. Joseph, Missouri. She was the second child of her parents who actually lived across the river in Kansas. She grew up in Colorado where she met her husband Bill Shade. After the marriage they moved to Hawaii where Bill was stationed and lived there for four years. Bill was being transferred to Mississippi and went on to get the place ready while Faith her their son Will stayed with her parents in Colorado. Things did not go as planned and Bill asked for a divorce without ever having the family move on to Mississippi. After the divorce Faith and Will stayed in Colorado a few years. Finding herself without a job and close to welfare she took up an offer by her sister Laura to come stay with her and her husband in Phoenix, Arizona. After only two weeks in Phoenix, Faith found an officer manager job and was able to rent a house for her and her son. Faith kept that job for the next 20 years before she quit and moved out of the city. 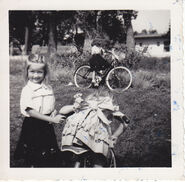 Faith is the one looking at the camera. 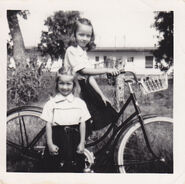 Faith and her sister Lauralee (on the bike). 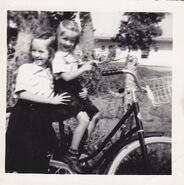 Lauralee and Faith (on the bike) Jones. 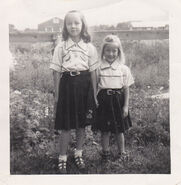 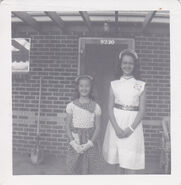 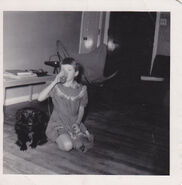 On the back of the photo printed in a child's handwriting is "My 25, 1953 sPooker Jones and Faith Jones Drinking orange Juice" 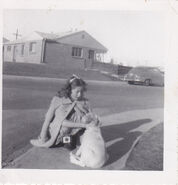 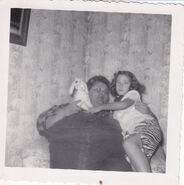 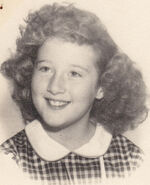 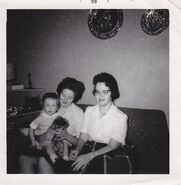 Faith holding her sister Kathy, with Lauralee sitting beside. 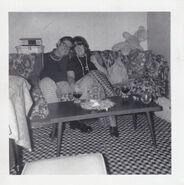