Familypedia
Register
Don't have an account?
Sign In
Advertisement
in: Johnson (surname), Born in 1927, Died in 2013,
and 2 more

Beloved eternal companion and mother, Frances Beverly Johnson Monson returned to her heavenly home May 17, 2013, from causes incident to age. It is impossible to imagine a more loyal, loving and supportive companion.

Frances was born in Salt Lake City, Utah on October 27, 1927, the only daughter of Franz E. Johnson and Hildur Booth Johnson. She was proud of her Swedish heritage. She was a devoted and cherished daughter and sister. She attended Salt Lake City schools, graduating from East High School. In her youth she was proficient in academics, piano and tennis. The family was musically talented and loved to sing together. While attending the University of Utah, Frances developed many cherished friendships and met her future husband, Thomas S. Monson. During this time, and for the first few years of her marriage before their children arrived, she worked as a bookkeeper for the JC Penney Company.

Frances and Tom were married October 7, 1948 in the Salt Lake LDS Temple. They followed strictly the advice given them at the time of their marriage always to resolve differences and pray together before retiring each night. Within a short time following her marriage, Frances found herself the wife of a new bishop who was only 22 years of age. The ward was a large, diverse pioneer ward with many widows, requiring countless hours of service. Five years later Tom became a member of the stake presidency. Frances established a loving home to which the couple eventually welcomed three children: Thomas Lee, Ann Frances and Clark Spencer.

In 1957, after careful planning and budgeting, Tom and Frances built their dream home in Holladay, Utah. In early 1959 Tom was called by President Stephen L Richards of the First Presidency to serve as president of the Church's Canadian Mission, which at the time encompassed the provinces of Ontario and Quebec. Frances had just three weeks to prepare for the move to Toronto. Seven-year-old son Tommy had to withdraw from school mid-year; daughter Ann was four years old, and Frances was expecting son Clark. Because her husband was the mission president, Frances presided over the Relief Societies, the Primaries and the YWMIA organizations for the entire mission. Together they saw great growth of the Church in Canada, including the formation of the 300th stake in the city of Toronto. They often reflected on those never-to-be-forgotten years and have enjoyed annual reunions with their missionaries for the past 51 years.

At the conclusion of their mission, they returned to Salt Lake City where they served in many church and community capacities. With their children they enjoyed extended activities at the family cabin at Vivian Park, trips to Yellowstone National Park, vacations in California and other memorable times together.

At age 36, with a young family, Frances was supportive and encouraging of her husband's call by President David O. McKay to become a member of the Quorum of Twelve Apostles of The Church of Jesus Christ of Latter-day Saints. Elder Monson traveled nearly every weekend to stake conferences and occasionally for five weeks at a time on mission tours, while Frances remained at home with the children. Our dear Frances never offered a word of complaint.

Through the years and throughout the world, President and Sister Monson have been examples of service, encouragement, cooperation, devotion and faithfulness. Though her husband was very much in the forefront, Frances was always self-effacing and quietly doing good in her own private manner. Tom was particularly pleased when Frances was recognized for her service-first in 1998 when she received the Continuum of Caring Humanitarian Award from the Sisters of Charity of St. Joseph Villa, and again in 2009 when she received an honorary Doctorate of Humane Letters from Utah Valley University.

For a number of years Frances has faithfully endured a somewhat diminished quality of health due principally to head injuries as the result of serious falls. In spite of these difficulties, she has clung to life for the principal purpose of providing support and companionship to her beloved husband and to shower her love on the family she cherished.

Sister Monson passed peacefully and quietly surrounded by family. President Monson, after making countless visits to the hospital, was able to spend private time with his cherished sweetheart just hours before her passing.

The family wishes to express sincere gratitude for the exceptional professional and compassionate care extended to Frances through these years of diminished health and strength. We are thankful for dear friends in the Valley View 9th Ward. Frances' deep love for them has remained constant through long years of association. Both President and Sister Monson have frequently recognized their gratitude for the prayers of the membership of the entire Church. They know that Frances' life was extended as a result.

Frances was preceded in death by her parents and three step-brothers, Roland, Grant and Carl Johnson. She is survived by her loving husband President Thomas S. Monson and their children Thomas Lee (Carma), Ann Frances (Roger Dibb), Clark Spencer (Patricia). She received great joy from her eight grandchildren and eight great-grandchildren. She is also survived by her brother Arnold B. Johnson (Nancy).

Funeral services will be held at 12 noon, May 23, 2013 in the Salt Lake Tabernacle, with a private viewing prior to the services. The funeral is open to the public. In lieu of flowers, the family suggests contributions to the General Missionary Fund of The Church of Jesus Christ of Latter-day Saints. We love you dear Frances, dear Mother, dear Grandmother.

This couple was married for time and eternity on 07-Oct-1948 in the Salt Lake Temple located in Temple Square in Salt Lake City, Utah. A temple of The Church of Jesus Christ of Latter-day Saints (LDS Church) it is the largest LDS temple by floor area. Dedicated in 1893, it is the sixth temple completed by the church, requiring 40 years to complete. 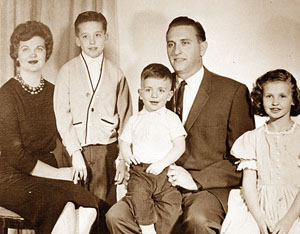 In the fall of 1944, he enrolled at the University of Utah. Around this time he met his future wife, Frances, whose family came from a higher social class on the east side of the city. Her father, Franz Johnson, felt an immediate connection because Monson's great uncle had baptized him into the LDS Church in Sweden.