George Albert Smith Sr. was an American religious leader who served as the eighth president of The Church of Jesus Christ of Latter-day Saints (LDS Church).

John Henry Smith and George Albert Smith are the only father and son pair to have been members of the Quorum of the Twelve at the same time, having served in the Quorum together between 1903 and 1910.

Smith was known for his patriotism and joined various American patriotic groups. He was also an ardent supporter of the Boy Scouts. In 1934, the National Council of the Boy Scouts of America awarded him the prestigious Silver Buffalo Award. Smith was an avid genealogist and family historian and was named national vice president of the Sons of the American Revolution in 1922.

Born in Salt Lake City, Utah Territory, Smith was one of nineteen children of Mormon apostle John Henry Smith (1848-1911). His mother, Sarah Farr, was the first of John Henry Smith's two wives (who he had simultaneously for many years). His grandfather, for whom he was named, was also an LDS Church apostle as well as a cousin of church founder Joseph Smith (1805-1844).

On May 25, 1892, Smith married Lucy Emily Woodruff, a granddaughter of Wilford Woodruff (1807-1898), in the Manti Temple. The couple later had three children. Lucy had spent much of her time growing up in the household of her grandfather and looked on him as almost more of a father than a grandfather.[6] Smith's son, George Albert Smith, Jr., became a professor at Harvard Business School. 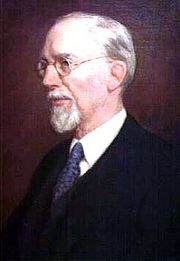