Familypedia
Register
Don't have an account?
Sign In
Advertisement
in: Beckstead (surname), Born in 1825, Died in 1891,
and 4 more

Gordon Silas Beckstead came to the United States with his parents from Canada, after they had met the missionaries of The Church of Jesus Christ of Latter-day Saints and became converted in the fall of 1838. It is reported they crossed the St. Lawrence River about July 24, 1838, with a company of Saints under the leadership of Christopher Merkley, as Captain, and Alexander Beckstead, Assistant Captain. They experienced great difficulties and persecutions enroute and finally arrived at DeWitt, Missouri, where persecutions continued until the spring of 1839, at which time the family moved to the area near Nauvoo, Illinois. Gordon's grandfather, Francis, Sr., died in 1841 near Nauvoo.

Participant in the march of The Mormon Battalion. This unit of the US Army served in the Mexican-American War and was the only religiously based infantry unit ever created by Presidential order. It consisted of nearly 500 men recruited exclusively from The Church of Jesus Christ of Latter-day Saints (commonly called the Mormons). They undertook the longest infantry march in U.S. military history (as of 1847) and in the process marked out and creating the first continuous wagon road to California which linked the future states of New Mexico, Arizona, and California to the United States. Most members served an initial 12 month term (Jul 1846- Jul 1847) with some members re-enlisting for an additional 12 months afterwards.

When the saints were forced out of Nauvoo, the Becksteads moved to Council Bluffs, Iowa in 1846. After their arrival in Council Bluffs, the family sustained another setback when the Church was asked by the government to furnish 500 volunteers as members of the Mormon Battalion during the War with Mexico. Gordon Silas, along with cousin Orrin Mortimer Beckstead, and uncle William Ezra Beckstead, were among the first to offer their services. Gordon was in Company A, Jefferson Hunt (1803-1879), as Captain. It has been reported that this Mormon Battalion completed what has been acknowledged as the longest march of infantry forces in the history of the world, and possibly one of the most severe tests to any force of men.

After the Battalion members were discharged at Los Angeles, we find the name of Gordon Silas Beckstead among those of eighty men, known as the "Mormon Volunteers," who were mustered in for an additional six months of duty on July 20, 1847. He was with other Mormons of this group at Sutter's Fort when gold was discovered. He returned to Utah in 1849, to meet his parents and families, who had crossed the plains, arriving in Utah in that year.

About 1882 Gordon sold his interests and bought a farm in Preston, Idaho. Here he became a very successful farmer and one of the leading citizens of the community. He was always at the front in public enterprise of value and was esteemed as a farseeing and progressive man. He contracted pneumonia and passed away Jan. 31, 1891 at Preston, Idaho. A son, Francis, continued living on Gordon's farm until the son's death, 1945. William L., his youngest son continued to farm the same land.

Gordon Silas married (1) Barbara Parks; (2) Elizabeth Collins Hunsaker (they had eight children and divorced). Early in 1860 he moved to Brigham City and engaged in farming and married (3) Susannah Luckham (they had nine children). 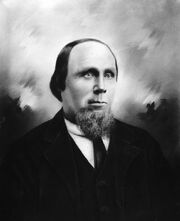