He served as the 16th Governor of New York from 1849 to 1850, a United States Senator from New York from 1851 to 1857 and the 26th United States Secretary of State from 1869 to 1877. Fish is recognized as the "pillar" of the presidency of Ulysses S. Grant and considered one of the best U.S. Secretaries of State by scholars, known for his judiciousness and efforts towards reform and diplomatic moderation. 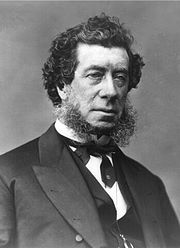