Familypedia
Register
Don't have an account?
Sign In
Advertisement
in: Einstein (surname), Born in 1904, Died in 1973,
and 14 more

Hans Albert Einstein (May 14, 1904 – July 26, 1973) was a Swiss-American engineer and educator, and the second child and first son of Albert Einstein and Mileva Marić. He is best known for his research on sediment transport. Hans Albert Einstein's papers are held at the Water Resources Collections and Archives in the University of California, Riverside Libraries.[1]

Hans Albert Einstein was born in Bern, Switzerland, where his father worked as a clerk in the patent office. His father was of German-Jewish descent and his mother Serbian. His younger brother, Eduard Einstein, was born in 1910 and died in 1965. The fate of his older sister, Lieserl Einstein, Albert Einstein's and Mileva Marić's first child, is unknown. Their parents divorced in 1919 after living apart for five years.

In 1927 he married Frieda Knecht. Albert Einstein disapproved of Frieda much as his parents had of Mileva. Hans Albert and Frieda had five children — Bernhard Caesar (1930–2008) was a physicist, and engineer. Klaus Martin (1932-1938) died of diphtheria.[2] Two subsequent boys died several days after their birth. They adopted a daughter, Evelyn (1941–2011), soon after her birth. Frieda died in 1958, and Hans Albert later married Elizabeth Roboz (1904-1995).

Hans Albert followed his father's footsteps and studied at ETH, the Swiss Federal Institute of technology, in Zurich, Switzerland. In 1926 he was awarded the diploma in civil engineering. From 1926 to 1930 he worked as a steel designer on a bridge project in Dortmund. In 1936 Hans Albert obtained the doctor of technical science degree. His doctoral thesis "Bed Load Transport as a Probability Problem" is considered the definitive work on sediment transport.

Hans Albert's father, Albert Einstein, left Germany in 1933 to escape the virulently antisemitic Nazi threat. Heeding his father's advice, Hans Albert emigrated from Switzerland to Greenville, South Carolina in 1938. He worked for the US Department of Agriculture, studying sediment transport from 1938 to 1943. He continued working for the USDA at the California Institute of Technology starting in 1943. In 1947 Hans Albert took a position as associate professor of hydraulic engineering at the University of California, Berkeley. He continued his career advancing to full professor, and later professor emeritus. As an authority in his field, Hans Albert traveled the world to participate in hydraulic engineering conferences. He was at a symposium at Woods Hole in Massachusetts when he collapsed and died from a sudden cardiovascular event.

He was an avid sailor, frequently taking colleagues and family out for excursions on the San Francisco Bay. On his many field trips and academic excursions, he took thousands of pictures, many of which he developed himself and presented as slide shows. He also loved music and played flute and piano.

In tribute to Einstein's lifelong contributions to the field, his former graduate students published a book of research in his honor in 1972, Sedimentation: Symposium to Honor Professor H.A. Einstein.

The University of California also awarded him the title Professor of Hydraulic Engineering, Emeritus 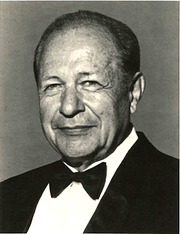