Familypedia
Register
Don't have an account?
Sign In
Advertisement
in: Non-SMW people articles, Von Rohr (surname), Born in 1627,
and 4 more

He was a descendant of Lieutenant Colonel Georg von Rohr (1550-1632); and Margareta von Fleeten (1599-1655), the daughter of Colonel Hans von Fleeten. The intervening generations are missing from the family history. There are some inconsistencies or errors with the dates for his birth, death and his marriage, and more work will have to be done on him. There are also problems with his parents and their births.

He was married at least three times. His first marriage would have been around 1675, since his first child was born in 1677.

He had up to 20 children, among them:

Hans Christoffer was the last owner of the family manor of von Rohr in Svida (in Russian Суйда), which had been given to them by the governor of Swedish Ingria, Carl Carlsson Gyllenhielm (1574-1650), in 1619. Then the estate was presented by Russian emperor Peter the Great to Peter Apraksin. From Apraksin's heirs the manor was sold to General Abram Petrovich Gannibal (1696-1781) in 1759. It was in the manor that Nadezhda Osipovna Gannibal (1775-1836), the mother of Russian poet Alexander Pushkin, was born and was married. Today the estate "Suyda" memorializes Pushkin. 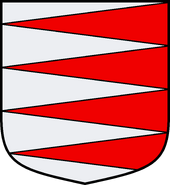 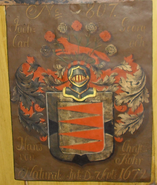 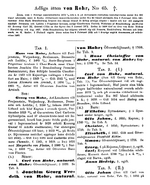