Familypedia
Register
Don't have an account?
Sign In
Advertisement
in: Noall (surname), Born in 1914, Died in 2009, Born in Utah

Helen Richards Gardner passed away peacefully on May 6, 2009 at Heritage Place Assisted Living Center in Bountiful, Utah of natural causes.

She was born on August 8, 1914 in Salt Lake City, Utah to Heber Greene and Nora Noall Richards.

She was employed for three years at the U. of U. with a special assignment at the Stewart Training School.

While in Berkeley she met Eldon J. Gardner, who was working on an advanced degree in Zoology. They were married in the Salt Lake Temple on August 21, 1939. They lived in Salinas, California for seven years, then in Salt Lake City for three years and then they went to Logan in 1949 when Eldon welcomed and accepted a faculty position at Utah State University.

They lived there for 40 years until Eldon passed away in 1989. Helen then moved to Bountiful and spent her last 20 years there.

Helen was a devout member of The Church of Jesus Christ of Latter-day Saints. She did much in genealogical research and, while in Logan, she served in the Cache General Library as a consultant from 1966 - 1989.

She served in the Primary organization and as the Primary president. She was especially good with young children and was a very well-organized mother and supportive wife. 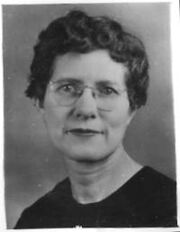