Her parents were strong members of the local church, St. John's Lutheran. She was confirmed on March 7, 1916.

Irene received a college education in the early 1900's. She graduated from Winona State Teachers College with a teaching license and began to teach school near her home town of Lake City soon after. Her teaching career was marred by anti-German sentiments as WWI began. She was a first generation American raised in a primarily German community. In 1918 she was accused of making pro-German statements in her classroom by three of her students, ages 11, 12 and 15 and resigned as the charges were investigated.[1] source

Soon after, she married and began a family of her own. 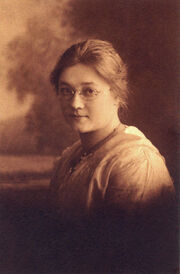