Familypedia
Register
Don't have an account?
Sign In
Advertisement
in: Carter (surname), Born in 1924, People on Wikipedia,
and 53 more

President Carter is also a fourth cousin of the former U.S. Senator from Georgia Sam Nunn. 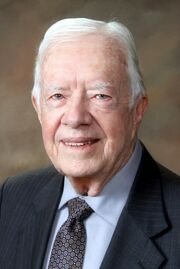