Sir John Babington of Dethick and Kingston, Knt. aet. 26 and upward at his father's death was returned 1433 in the roll of Derbyshire gentry, holden under the Earl of Warwick; styoed 'superstes[, 13 Edw. IV. 1474. His name before knighthood occurs, 14 Edw. IV. in a list of nobles and gentlemen, chiefly of Derbyshire, who bound themselves, in peace and war to support Lord Hastings the celebrated Champberlain. Sheriff of Derby, and Notts 19 Edw. IV 1479 or 1480. 1 Ric. III. he was foeffee of Richard Whalley for some property in Notts. Slain on Richard's part as Bosworth, 1485, by Sir James Blount, Provost Marshall.

Sir John married Isabel, only daughter of Henry Bradbourne, of Brandbourne and the Hough, in Ashbourne, co. Derby, Esq. The only brother of Isabel carried on the male line of Bradbourne, now extinct. They sold Bradbourne at a very early period, and the Hough circa 1594 to Sir Humphrey Ferrers, of Tamworth. 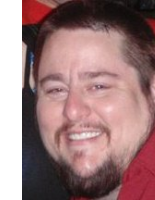