Familypedia
Register
Don't have an account?
Sign In
Advertisement
in: Arbuthnot (surname), Born in 1912, Died in 1992,
and 18 more

He was educated at Eton College, and Trinity College, Cambridge, where he graduated as a Bachelor of Arts in 1933. He received his MA in 1938. He worked in the tea industry and was a Director of Folkestone and Dover Water Company and other companies. He served in World War II in the Royal Artillery, rising to the rank of Major. In 1940, he was seconded to work with explosives and was appointed MBE for his scientific work in 1944. He was decorated with the Territorial Decoration in 1951.

Arbuthnot stood in Don Valley in 1935 and Dover in 1945, losing to Labour candidates both times. He was elected as MP for Dover in 1950, serving until 1964. He was Parliamentary Private Secretary for the Minister of Pensions from 1952 to 1955 and for the Minister of Health from 1956 to 1957. He was member of the Public Accounts Committee from 1955 to 1964. He also served as Second Church Estates Commissioner, the spokesman for the Church of England in the House of Commons, and as a Deputy Speaker.

On 26 February 1964, he was created Baronet, of Kittybrewster in the County of the City of Aberdeen. 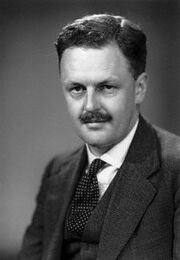