Familypedia
Register
Don't have an account?
Sign In
Advertisement
in: Brunswik von Korompa (surname), Born in 1779, Died in 1821,
and 5 more

In 1810, the Josephine married Baron Christoph von Stackelberg (1777-1841), of Estonian origin, as her second husband. The relationship was very unhappy and the couple separated after only three years, baron von Stackelberg returning to Estonia. 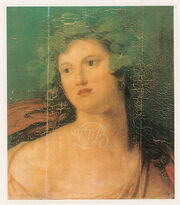