The story goes that Jesse Gore did not approve of his daughter marrying Kenneth since he was just a poor farmer boy. Kenneth went to California and got a job as a milkman to prove he could earn good money. Eventually Jesse gave in and let his daughter marry Kenneth. He served in World War II and later used the G.I. Bill to attend college and become a pharmacist. He enjoyed the outdoors especially fishing and hunting. At home his hobbies included carving and solder figurines. He used to melt large amounts of solder and them port into water and making things our of the shapes that came out. In 1974 he caught a Colorado state record striped bass at Sterling Reservoir. The fish was 9 3/4 pounds, 29 inches long and 19 inches in girth. He and his family lived in Colorado (Boulder, Thornton, Denver) until about 1980 when he and his wife retired to Arizona where two of their daughters lived. His wife passed away in 1983 and Kenneth moved into an retirement home only to move out and buy a mobile home. Early in 1985 his health started to deteriorate, passing away on March 17th. 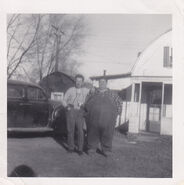 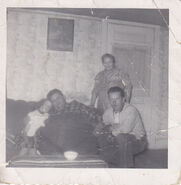 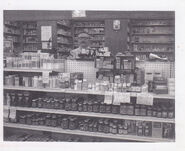 Kenneth Jones at his pharmacy.

Kenneth Jones and his record catch in 1974. 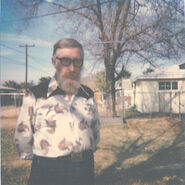 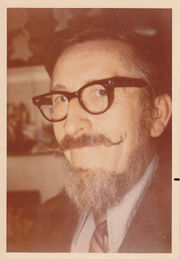