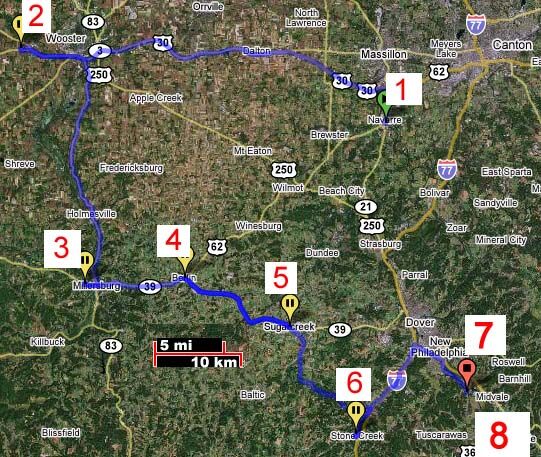 All Messerly's born before 1850 with birth country as Switzerland were identified. No less that 6 families were all in Tuscarawas county, Ohio. It shouldn't be surprizing that one of the towns in the center of the cluser is known as "Little Switzerland", Ohio.

At the time of this writing, all families appear to be distinct. This also is not unusual because Swiss immigrants were generally all from the Bern environs, and this is also where nearly all Messerlis lived up to the 19th Century.

The immigrants and their locations are: