Familypedia
Register
Don't have an account?
Sign In
Advertisement
in: Auchincloss (surname), Born in 1917, Died in 2010,
and 28 more

Louis Stanton Auchincloss was an American lawyer, novelist, historian, and essayist. He is best known as a prolific novelist who parlayed his experiences into books exploring the experiences and psychology of American polite society and old money. His dry, ironic works of fiction continue the tradition of Henry James and Edith Wharton.

Born in Lawrence, New York, Auchincloss was the son of Priscilla Dixon (née Stanton) and Joseph Howland Auchincloss.] His paternal grandfather, John Winthrop Auchincloss, was the brother of Edgar Stirling Auchincloss (father of James C. Auchincloss) and Hugh Dudley Auchincloss (father of Hugh D. Auchincloss, Jr.). He grew up among the privileged people about whom he would write, although, as he put it, "There was never an Auchincloss fortune…each generation of Auchincloss men either made or married its own money". He attended St. Bernard's School, Groton School and Yale University, where he was editor of the Yale Literary Magazine. Although he did not complete his undergraduate studies at Yale, he was admitted to and attended law school at the University of Virginia. He graduated in 1941 and was admitted to the New York bar the same year.

Auchincloss was an associate at Sullivan & Cromwell from 1941 to 1951 (with an interruption for war service from 1941 to 1945 in the United States Navy during World War II, which might have inspired his 1947 novel "The Indifferent Children"). He joined the Naval Reserve as an ensign on December 4, 1940 and was promoted to lieutenant on December 1, 1942.

After taking a break to pursue full-time writing, Auchincloss returned to working as a lawyer, firstly as an associate (1954–58) and then as a partner (1958–86) at Hawkins, Delafield and Wood in New York City as a wills and trusts attorney, while writing at the rate of a book a year.

Auchincloss died from complications of a stroke at Lenox Hill Hospital in Manhattan on January 26, 2010. 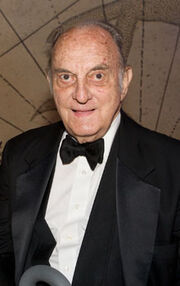