Familypedia
Register
Don't have an account?
Sign In
Advertisement
in: Woodruff (surname), Born in 1869, Died in 1937,
and 3 more

She and George Albert Smith had known each other since they were children, and she loved and respected him. But her affections were divided between George Albert and another suitor. In 1891, the courtship was interrupted when George received a mission call from the First Presidency of the Church to strengthen the young people, members of the Young Men's and Young Women's Mutual Improvement Associations, in the Juab, Millard, Beaver, and Parowan stakes in southern Utah. One week into his assignment, he wrote in his journal: "The letter that I looked for never came." When George received Lucy Woodruff's letter the next day, the topic was her possible marriage plans to her other suitor. George responded by letter expressing his feelings for Lucy.Lucy stopped her marriage plans with the other suitor, but her affections still vacillated between the two men. After months of turmoil, she finally broke off her relationship with the other man and married George Albert Smith in the Manti Utah Temple on 25 May 1892. 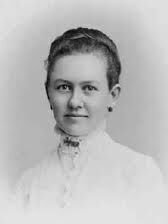