Lyman Curtis was the second son of Millicent Waite and Nahum Curtis. Lyman joined the church March 14, 1833. In 1836, his father, with the rest of the family, settled in Caldwell County, Missouri. In February of 1836, Lyman married Charlotte Alvord. His mother, Millicent Curtis died September 3, 1838, in Caldwell County, Missouri and about that time they buried their oldest son, Ammon Curtis. Lymon and Charlotte had seventeen or eighteen children.

Lyman purchased land from the government built houses and began to gather around them the comforts of life, but during the fall of 1838, they were surrounded by mob militia and were compelled to leave their home.

They next settled in Nauvoo, Illinois where they obtained land, built houses and again gather around them the comforts of life. Lyman helped build the Nauvoo Temple. They also polished stones used for the temple. It sometimes took days to polish a single stone. Sand was poured on a cut stone then another flat stone was laid on top and ground back and forth until the understone was polished. Here they shared the persecutions of the Saints. Lyman was present and viewed the dead martyrs, Joseph and Hyrum Smith. Lyman, his father, and brother George helped guard the bodies.

The mob forced them away and they traveled to Council Bluffs. In 1850 Lyman brought his family to Utah from Council Bluffs, his brother Moses accompanying with his family.

He had a second wife: Sarah Wells Hartley and they had seven children. He may have had another wife, Adelia Andrews.

Lyman Curtis married Charlotte Iris Alvord (1815-1879) on 26 July 1834, just barely 30 days after Zions Camp was disbanded in Clay County, Missouri where they would settle with many of the other saints. Both Lyman and Charlotte had participated in the march from Ohio to Missouri. 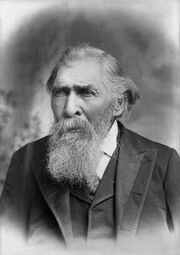