Familypedia
Register
Don't have an account?
Sign In
Advertisement
in: (Lamadrid) Madrid (surname), Born in 1859, Died in 1921, Migrants from Spain to the Philippines

Edit with form
watch 01:36
We're Getting Mutants in the MCU - The Loop
Do you like this video?
Play Sound

Don Marcelo (Lamadrid) Madrid y Alguevar (1859-1921) was born in Bacelona, Spain in 1859. His parents were Timoteo (Lamadrid) Madrid and Francisca Alguevar, all natives of Barcelona, Spain. Being a Commercial shipping merchant who came to trade in Asia, he frequented the Philippines, where he met and married Doña Maria Balderas y Baviera (1857-1934), daughter of the Gobernadocillo of Banate, Iloilo (Philippines) sometime in the late 1880s. The Brillantes-Madrid family of Banate has kept the Martabana jar, which Don Marcelo brought with him as a gift to the Family of Doña Maria when he asked her hand for marriage from her parents Don Martin Balderas and Doña Apolonia Baviera. The jar was filled with cookies from China. Their descendants have handed down, from one generation to the next, the account of their marriage recounting that, on that day, a multitude of merchant ships docked at Banate Bay to bring in Marcelo's friends, who came to Iloilo in order to celebrate with him. From henceforth, he ramained in the town until his death in the year 1921.

In the Report of Fray Agapito Lope, O.S.A. (Parish Priest of Banate in 1893), Don Marcelo Madrid was mentioned as one of the " vecinos distinguidos" of the town during the Spanish colonial period (Cf. Principalía). The Report was done in Cornago, Spain in 1911. The other persons mentioned were Don Eugenio Badilla, Doña Carmen Baban, Don (Florencio) Villaluz, Doña Nicolasa Badilla, and Doña Apolonia Baban. In the document, the Spanish priest still used Marcelo's original Aragonese family name "Lamadrid" .[1] [2]

Don Marcelo Madrid, together with Don Eugenio Badilla and Don Florencio Villaluz, were the only three notable citizens of Banate during the Spanish colonial period listed by the Annual Report of Philippine Commission to the President of the United States among the first officials of of the town at the beginning of the American regime in the Country, when peace was attained in 1901, at the end of the Spanish rule and after the Filipino-American War. [3] Later, he also served the town of Banate as Sanitary Officer.

Information about the parents of Don Marcelo is found in the burial registry of his daughter Clara in the Roman Catholic Cemetery of Banate. The Parish record of burials (from 1910 to 1935), Entry n. 108, says that the daughter of Don Marcelo and Doña Maria died at the age of twenty-four years, and that her paternal grandparents are Timoteo Madrid and Francisca, while her maternal grandparents are Doña Apolonia Baviera y Barte (1828-1913) and Don Martin Balderas.

Don Martin Balderas, Don Marcelo's father in law, is listed among the Gobernadorcillos of Banate, Iloilo. Doña Apolonia Baviera y Barte (1828-1913), his mother in law, is the heir of Don Felix Baviera, who was the first Gobernadorcillo of the town in 1837.[4] The burial record of Doña Apolonia (cf. Entry 107, Burial Registry of the Roman Catholic Church in Banate (1910-1935) records her genealogy, and mentions the name of her parents Don Francisco Baviera and Doña Juana Barte, as well as her paternal grandparents Don Felix Baviera and Doña Rita.

The same Parish Canonical Book on burials, shows that Don Marcelo was buried in the Roman Catholic Cemetery of Banate, on 1 August 1921. It also affirms that he was married to Doña Maria Balderas y Baviera (1857-1934). The record says that he died at the age of sixty-two years.

Two years after the death of Don Marcelo, his daughter Josefina was married to Francisco Brillantes (1892-1981), descendant of Don Tomas Juanico - Gobernadorcillo of Banate, Iloilo in 1855.[5] The marriage was registered in the Parish Canonical Book, on 7 January 1923.

The children of Don Marcelo Madrid and Doña Maria Balderas y Baviera are the following: 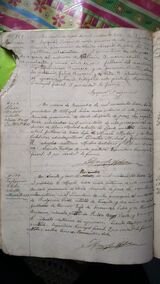 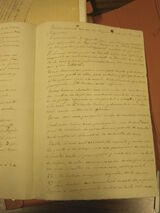 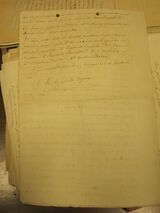 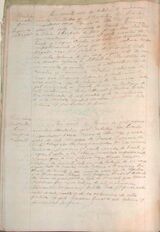