Familypedia
Register
Don't have an account?
Sign In
Advertisement
in: Non-SMW people articles, Schuyler (surname), Born in 1891, Died in 1972

Marge was born in Mississippi on what was an old plantation according to the oral family tradition.

She dropped out of school after one year of high school according to the 1940 United States Census.

In 1920 Marge, now a widow, was living at 247 East 124th Street in Manhattan in New York City, New York with her children and in 1930 she was living on Bathgate Avenue in the Bronx in New York City. In 1934 her daughter Ruth died of pneumonia. 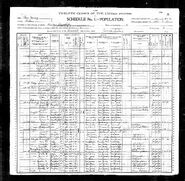 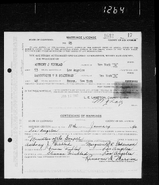