Familypedia
Register
Don't have an account?
Sign In
Advertisement
in: Vasiliu (surname), Born in 1934, Ancestry from Romania,
and 21 more

Maria Ligia Filotti (born Maria Ligia Vasiliu) is a Romanian-American art critic and art historian. After emigrating to the United States in 1982, she worked at the Department of State, training American diplomats preparing for assignments in Romanian speaking countries.

Maria Ligia Vasiliu was born in Buzău, Romania on September 23, 1934. Her father, Gheorghe Vasiliu (1904-1989), was a colonel in the Romanian Army. She studied at the Gheorghe Lazăr High School graduating in 1952.

Resistance to the communist regime

Her father being arrested by the communist authorities, Ligia Vasiliu was prevented from continuing higher education. In 1954 she married Andrei Filotti, a Romanian water resources engineer.

In 1955 she was able to gain admission the Faculty of Law of the University of Bucharest. The following year, with a group of colleagues among which Eugenia Florescu, Dan Mugur Ruseschi, Radu Surdulescu, Florin Caba, Mircea Tatos, Aurel Moldovan, Rodica Ojoc, Magda Dumitrescu, Rodica Baroi, Călin Chiser, Ligia Teodorescu, Mihai Cezar Busuioc, Alexandru Dincă, Rodica Bujoreanu, Vladimir Trifu, Marin Stănescu she organized a student movement of solidarity with the Hungarian Revolution of 1956 and of protest against the abuses of the communist regime. Though the movement could not achieve its objectives, the participants were object of repression by the authorities. As a consequence of her involvement, Ligia Filotti was expelled from university and prohibited from attending the courses of any other university. [1]See Bucharest student movement of 1956

In 1964 she was authorized to continue her university education and was admitted at the "Nicolae Grigorescu Fine Arts Institute" (now Bucharest National University of Arts, graduating with honors in 1969 with a thesis on Romanian sculptor Frederic Storck (1872-1942).

After graduating from University, she worked as museologist at the National Museum of Art of Romania. Ligia Filotti then became a curator of the Zambaccian Museum and of the Frederic and Cecilia Cuțescu-Storck Art Museum of Bucharest [2] During her activity at this museum Ligia Filotti carried out intensive investigations on the documents stored in the archives of the museum. [3]

In 1971, Ligia Filotti transferred to the "Information and Documentation Center of the Council of Education" (CIDOCES), thereafter merged with the "Central State Library" (now National Library of Romania), where she was chief editor of the Fine Arts Information and Documentary Bulletin published by the center. In this capacity she published numerous articles on art related events from all over the world. Her main interest was however the contemporary art in Western Europe and the United States and she was instrumental in promoting the knowledge about the new trends, which were totally opposed to the official socialist realism. [4] She was also involved in the editing of a slide show of Gheorghe Petraşcu's paintings.[5]

In 1982 Ligia Filotti emigrated to the United States.

From 1983 to 1988 Ligia Filotti worked for the Washington, D.C. Office of Radio Free Europe. Her broadcasts covered art exhibitions and other artistic events in the USA and informed the listeners beyond the Iron Curtain about cultural activities in the United States. [6]

In 1985 Ligia Filotti was appointed at the Foreign Service Institute of the Department of State to teaching Romanian language and culture to American diplomats preparing for assignments in Romania or Moldova. She held her position until her retirement in 2001, continuing to work for the center even after her retirement. 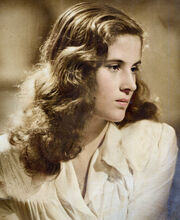