Familypedia
Register
Don't have an account?
Sign In
Advertisement
in: Welf (surname), Born in 1833, Died in 1897,
and 9 more

Princess Mary Adelaide of Cambridge (Mary Adelaide Wilhelmina Elizabeth; 27 November 1833 - 27 October 1897) was a member of the British Royal Family, a granddaughter of George III. She later held the title of Duchess of Teck by marriage.

Mary Adelaide is remembered as the mother of Queen Mary, the consort of George V. She was one of the first Royals to patronise a wide range of charities. 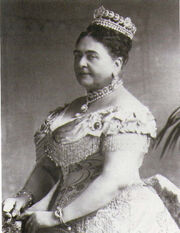