Familypedia
Register
Don't have an account?
Sign In
Advertisement
in: Pages with broken file links, Nizhny Novgorod Oblast, Established in 1929

The oblast is crossed by the Volga River. Apart from Nizhny Novgorod's metropolitan area (including Dzerzhinsk, Bor and Kstovo) the biggest city is Arzamas. Near the town of Sarov there is the Serafimo-Diveyevsky Monastery, one of the largest convents in Russia, established by Saint Seraphim of Sarov. The Makaryev Monastery opposite of the town of Lyskovo used to be the location of the largest fair in Eastern Europe. Other historic towns include Gorodets and Balakhna, located on the Volga to the north from Nizhny Novgorod.

Nizhny Novgorod Oblast is not rich in natural resources, which are limited to commercial deposits of sand (including titanium-zirconium sands), clay, gypsum, peat, mineral salt, and timber.

During the Soviet period, the high authority in the oblast was shared between three persons: the first secretary of the Nizhny Novgorod (then Gorki) CPSU Committee (who in reality had the greatest authority); the chairman of the oblast Soviet (legislative power); and the chairman of the oblast Executive Committee (executive power). After 1991, the CPSU lost all its power. The head of the Oblast administration, and eventually the governor, was appointed/elected alongside the elected regional parliament.

The Charter of Nizhny Novgorod Oblast is the fundamental law of the region. The Legislative Assembly of Nizhny Novgorod Oblast is the province's standing legislative (representative) body. The Legislative Assembly exercises its authority by passing laws, resolutions, and other legal acts and by supervising the implementation and observance of the laws and other legal acts passed by it. The highest executive body is the Oblast Government, which includes territorial executive bodies such as district administrations, committees, and commissions that facilitate development and run the day to day matters of the province. The Oblast administration supports the activities of the Governor who is the highest official and acts as guarantor of the observance of the oblast Charter in accordance with the Constitution of Russia.

The unique architectural construction—the 128-meter (420 ft) steel lattice hyperboloid tower built by the Russian engineer and scientist Vladimir Grigorievich Shukhov in 1929—is located near the town of Dzerzhinsk on the left bank of the Oka River. 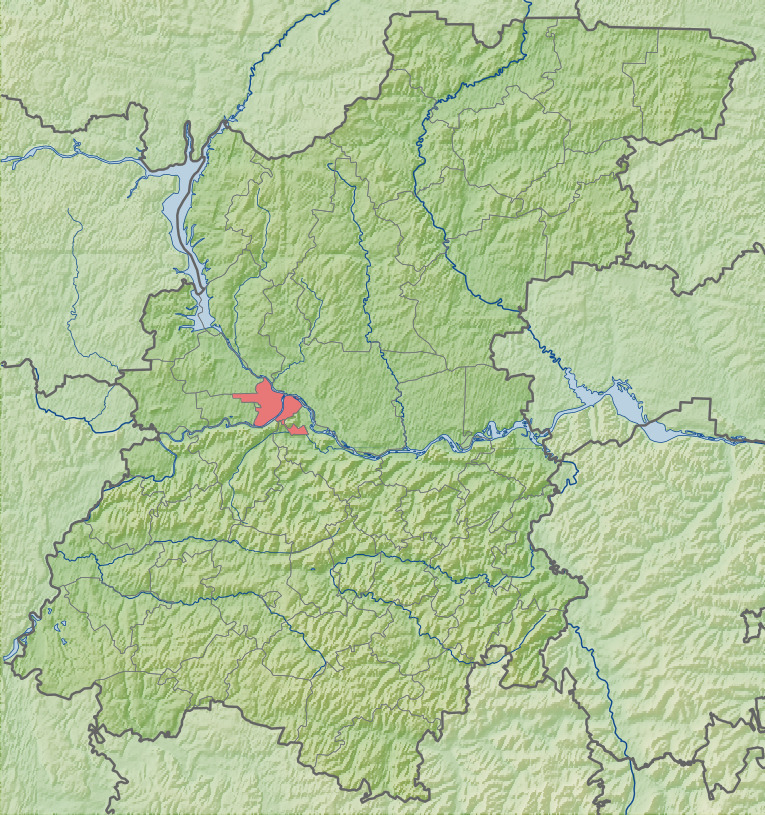 According to the Federal Migration Service, 20,450 foreign citizens were registered in the oblast in 2006. The actual number of foreigners residing in the oblast as of June 1, 2006 was estimated to be over 22,000.[21]

According to a 2012 survey[24] 69.2% of the population of Nizhny Novgorod Oblast adheres to the Russian Orthodox Church, 2% are unaffiliated generic Christians, 2% are Orthodox Christian believers without belonging to any church or members of other Orthodox churches, and 1% are adherents of the Slavic native faith (Rodnovery). In addition, 15% of the population declares to be "spiritual but not religious", 10% is atheist, and 0.8% follows other religions or did not give an answer to the question.[24]

The oblast ranks seventh in Russia in industrial output. Processing industries predominate in the local economy. More than 650 industrial companies employ nearly 700,000 people, or 62% of the workforce involved in material production. Industry generates 83% of the regional GDP and accounts for 89% of all material expenditures. The leading sectors are engineering and metalworking, followed by chemical and petrochemical industries and forestry, woodworking, and paper industries. The first three sectors account for about 75% of all industrial production.

The oblast has traditionally been attractive to investors. In 2002, Moody's rating agency confirmed a Caa1rating based on the region's long-term foreign currency liabilities.[25]

The region maintains trade relations with many countries and has an export surplus. The largest volume of exports goes to Ukraine, Belarus, Switzerland, Kazakhstan, Belgium, and France. Imports come mainly from Ukraine, Germany, Belarus, Kazakhstan, Austria, Netherlands, China, and the United States.

There are 650+ industrial companies in the region,[26] most of them engaged in the following sectors:

These key industries are supplemented by other sectors of the economy such as agriculture, trade, services, communications and transport.

Narrow gauge railways in the region: 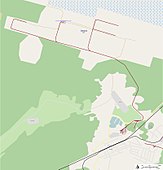