The Commonwealth of Kentucky /kᵻnˈtʌki/ is a state located in the East Central United States of America. As classified by the United States Census Bureau, Kentucky is a Southern state. Kentucky is one of four U.S. states constituted as a commonwealth (the others being Virginia, Pennsylvania, and Massachusetts). Originally a part of Virginia, in 1792 it became the 15th state to join the Union. Kentucky is the 37th largest state in terms of total area, the 36th largest in land area, and ranks 26th in population.

Kentucky is known as the "Bluegrass State", a nickname based on the fact that native bluegrass is present in many of the pastures throughout the state, based on the fertile soil. It made possible the breeding of high-quality livestock, especially thoroughbred racing horses. It is a land with diverse environments and abundant resources, including the world's longest cave system, Mammoth Cave National Park; the greatest length of navigable waterways and streams in the Lower 48 states; and the two largest man-made lakes east of the Mississippi River. It is also home to the highest per capita number of deer and turkey in the United States, the largest free-ranging elk herd east of Montana, and the nation's most productive coalfield. Kentucky is also known for thoroughbred horses, horse racing, bourbon distilleries, bluegrass music, automobile manufacturing, tobacco and college basketball. 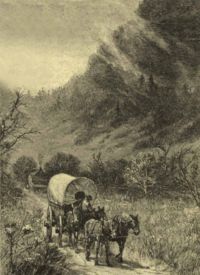 The Wilderness Road was the principal route used by settlers to reach Kentucky for more than fifty years. In 1775, Daniel Boone blazed a trail for the Transylvania Company from Fort Chiswell in Virginia through the Cumberland Gap into central Kentucky. It was later lengthened, following Native American trails, to reach the Falls of the Ohio at Louisville. The Wilderness Road was steep and rough, and could only be traversed on foot or horseback. Despite the adverse conditions, thousands of people used it. In 1792, the new Kentucky legislature provided money to upgrade the road. In 1796, an improved all-weather road was opened for wagon and carriage travel. The road was abandoned around 1840, although modern highways follow much of its route.

Because of the threat of Native American attacks, the road was so dangerous that most pioneers traveled well armed. Robbers and criminals also could be found on the road, ready to pounce on weaker pioneers. Although the Transylvania Company had purchased the region from the Cherokee, and the Iroquois had ceded it at the Treaty of Fort Stanwix, other tribes, such as the Shawnee, still claimed it and lived there.

During the American Civil War, both the Union Army and the Confederate States Army used the Road. An early battle (Camp Wildcat), stymied the first attempt by the Confederates to seize control of neutral Kentucky. The Cumberland Gap changed hands four times throughout the war. The southern armies used the road for marches into Virginia. General Ulysses S. Grant came down the road for the Union campaign in Tennessee in 1864. Grant was so taken by the Road that he said, "With two brigades of the Army of the Cumberland I could hold that pass against the army which Napoleon led to Moscow." 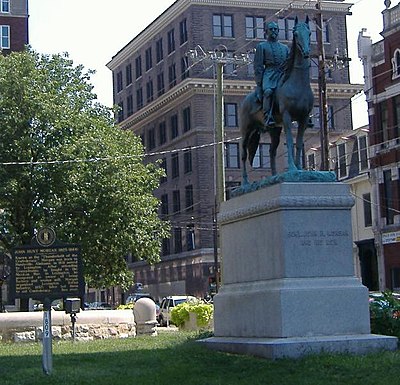 Jillian Hall made her World Wrestling Entertainment (WWE) debut on the July 28, 2005 episode of WWE Friday Night SmackDown with a gimmick of a "fixer" for the heel stable MNM. She also had a "growth" on the left side of her face, which she referred to as a "blemish", that announcers constantly speculated on the nature of. Her current gimmick is that she is a bad singer and doesn't realize it, as a spoof on Brooke Hogan.

During Raw's 15th Anniversary show held on December 10, 2007, Hall wanted to sing a song from her album, but a returning Trish Stratus cut her off. As Stratus was talking about being part of the show, Hall told her that she (Trish) had the biggest ego in WWE History. This brought out Lita, a long time rival of Stratus. Hall attempted to encourage Lita to attack Stratus, however both returning divas attacked Hall.

"I hope to have God on my side, but I must have Kentucky." -- Abraham Lincoln

"I was brought up to believe that Scotch whisky would need a tax preference to survive in competition with Kentucky bourbon." -- Hugo Black

"Tough girls come from New York. Sweet girls, they're from Georgia. But us Kentucky girls, we have fire and ice in our blood. We can ride horses, be a debutante, throw left hooks, and drink with the boys, all the while making sweet tea, darlin'. And if we have an opinion, you know you're gonna hear it." -- Ashley Judd

"Soon after, I returned home to my family, with a determination to bring them as soon as possible to live in Kentucky, which I esteemed a second paradise, at the risk of my life and fortune." -- Daniel Boone Portal:Kentucky/box-footer

Things you can do