Familypedia
Register
Don't have an account?
Sign In
Advertisement
in: Cashow (surname), Born in 1768, Died in 1816,
and 5 more

He was living in Hempstead, New York during the 1810 United States Census and he died on September 27, 1816. 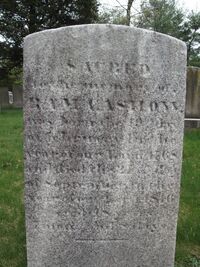 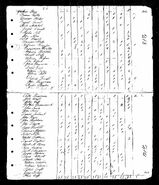