Familypedia
Register
Don't have an account?
Sign In
Advertisement
in: Plantagenet (surname), Born in 1157, Died in 1199,
and 29 more

Edit with form
watch 01:54
Obi-Wan Finale - The Loop
Do you like this video?
Play Sound
Main
tree
descendants
ancestors
pictures

Richard I of England ‡

Richard was made Duke of Aquitaine in his parents' lifetime, in 1168. He succeeded his father as King of England, Duke of Normandy, and Count of Anjou and Maine in 1189. He reigned until his death. 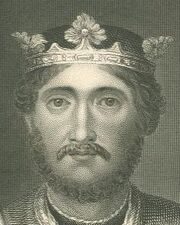