Familypedia
Register
Don't have an account?
Sign In
Advertisement
in: Atkin (surname), Born in 1926, Died in 1999,
and 2 more

Atkin was a third-generation cattle rancher on the Arizona Strip who became an ambassador for the cattle industry and was recognized as Cattleman of the Year by state and national associations. Atkin died Sunday. Funeral services were planned for 11 a.m. Wednesday at the St. George East Stake Center. Burial was to follow at the St. George Cemetery.

For many years, Atkin, his father and his brother Sid ran the Sugar Loaf Cafes, and Clayton was a founding director of Dixie State Bank (now First Security Bank) and assisted with SkyWest Airlines.

Clayton also served on the St. George City Council from January 1964 through December 1967. 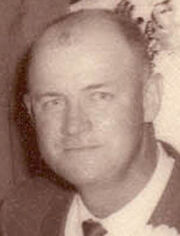