Familypedia
Register
Don't have an account?
Sign In
Advertisement
in: Pages with non-numeric formatnum arguments, Sălaj County, Counties of Romania

Sălaj (Romanian pronunciation: [səˈlaʒ], Hungarian: Szilágy) is a county (judeţ) of Romania, in the historical regions of Crişana and Transylvania, with the capital city at Zalău.

It lies in the area between the Apuseni Mountains and the Eastern Carpathians known as the Someş River Platform. The county is crossed by the Someş River. Some of the smaller rivers who flow through the county are: Crasna River, Barcău, Almaş, Agrij and Sălaj.

From a geographical point of view Salaj county is a zone of hills and depressions along the rivers Almaş, Agrij, Someş River, Sălaj, Crasna River and Barcău River. The mountains are represented in the south-west by two northern ramifications of the Eastern Carpathians: the Meses and Plopis peaks. Depressions cover an important part of the county’s territory and are important agricultural zones with numerous human settlements.

As for climate, Salaj county is under the influence of masses of air coming from West having a moderate continental climate. The average annual temperature varies between 6°C and 9°C, depending on the zone while the highest temperature, in July, varies between 15°C and 20°C. Rainfalls quantitatively decrease towards the west where 700-800 ml/sq.m were recorded.

The 77 wooden churches (16th-19th century) place this county among the first ones, with the Maramures county, as a such valuable historic and folk architectural monuments.

The main tourist attractions in the county are:

Paintings dating back 12,000 years were discovered on the walls of a cave in Cuciulat, a settlement on the banks of the Someş River. They are the oldest paintings of the kind in this part of Europe. The oldest solid gold treasury ever unearthed in Romania, weighing 780 gr. and belonging to the Neolithic, was found in Sălaj at Moigrad.

Lying in the north-western part of Romania, at the crossing between the Western and Eastern Carpathians, Sălaj county has been known since ancient times as Tara Silvaniei, that is the Land of the Forests. Zalău was known as a market town as early as the 14th century and mentioned in a document as a town in 1473.

Sălaj County (Hungarian: Szilágy) was formed in 1876, when the counties Kraszna (its center was Valkóváralja at first, later Szilágysomlyó) and Közép-Szolnok (Its center was Zilah) were united. Its territory is for a large part the same as that of the present Romanian county Sălaj County. Its area was 3815 km² around 1910. The capital of the county was Zilah (present-day Zalău in Romania).

In 1918 (confirmed by the Treaty of Trianon 1920), the county became part of Romania. It was occupied by Hungary between 1940-1944 during World War II. Most of it is now part of the Romanian county Sălaj County, except some areas in the north-west (presently in Satu Mare county) and north-east (presently in Maramureş county).

The Sălaj County Council, elected in the 2008 local government elections, with the following party composition:

The Sălaj County Council, elected in the 2004 local government elections, with the following party composition:

Sălaj County has 1 municipality, 3 towns and 58 communes; subdivided into 281 villages 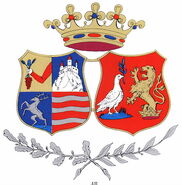 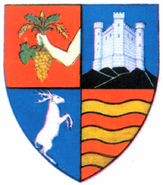 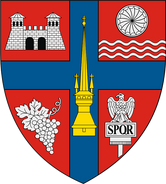 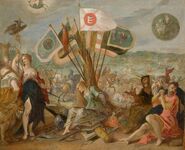 Szilágy County (Romanian: Sălaj) between 1876 and World War I

A monument in Treznea, Sălaj County

A Roman house in Porolissum 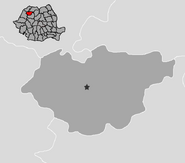 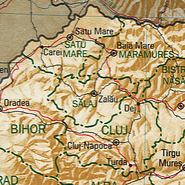 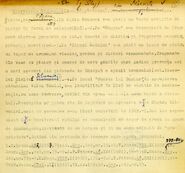 An archaeological report in Sălaj County

A district in Zalău

A district in Zalău

The main square in Zalău

The industrial district in Zalău