Familypedia
Register
Don't have an account?
Sign In
Advertisement
in: Nilsen (surname), Born in 1852, Died in 1906, Non-SMW people articles

His mother and siblings appear in the 1875 census in Ålesund living at 24 Kipervigen in their own home. The house contained 6 apartments and housed 26 people.[2] 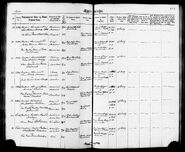 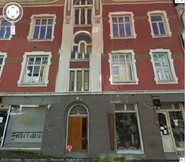 24 Kipervikgata, Alesund, Norway is where the family lived in 1875

1875 census at Kipervikgata 24 in Ålesund, Norway

Claus Frimanns gate 13 in Bergen, Norway is where the family lived in 1885

1900 ship census as captain of the Vesteraalen
Community content is available under CC-BY-SA unless otherwise noted.
Advertisement