Familypedia
Register
Don't have an account?
Sign In
Advertisement
in: Baldwin (surname), Born in 1840, Died in 1927,
and 16 more

He was born in New Haven, which continued to be his home throughout his long life; in spite of his participation in activities of national and international importance, he was associated in a peculiar and intimate way with the political, legal, and intellectual life of his native town and state for more than half a century. 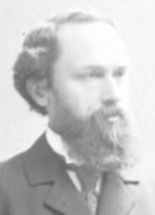